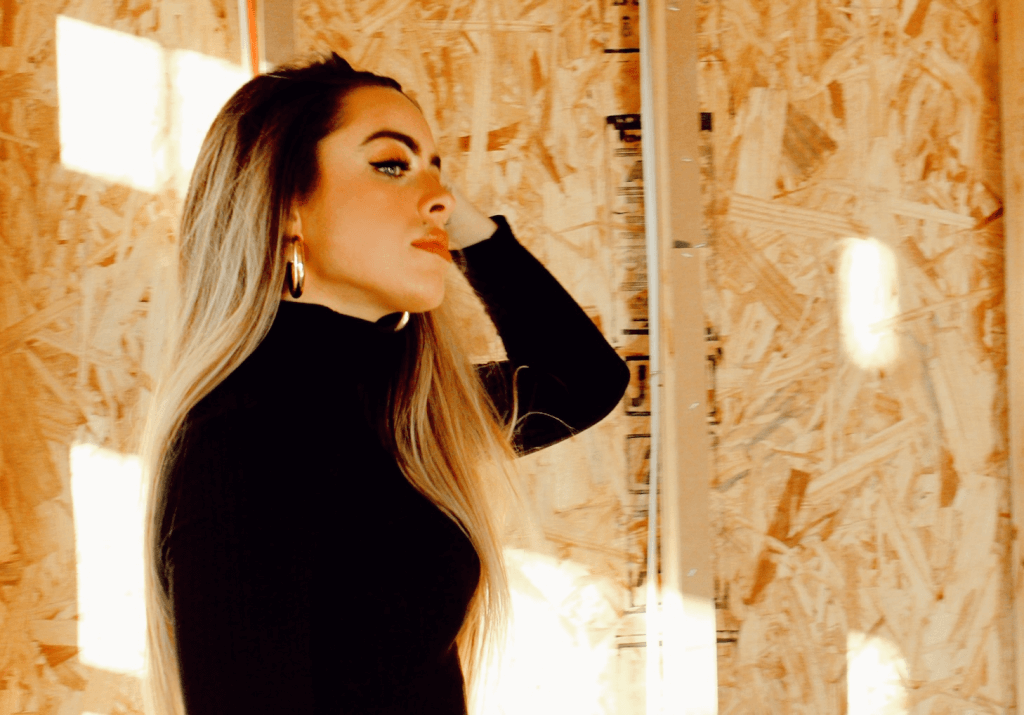 Sadie sat in silence and closed her eyes in an effort to stop the world from spinning. She could picture Amy’s forehead plunked down into her sweaty palms. She lived in Florida… it’s not as if she could jump in her Range Rover and speed on over to the Texas hospital where their dad was taken.

“Yeah, yeah, sorry, I’m here. I’m just at this automotive shop on… fuck! I can’t even get to the hospital. I can’t even afford to replace my stupid fucking starter,” Sadie’s voice cracked as her tone lowered. Amy could sense the shame through the phone, but she didn’t have time to deal with pitying her sister. She needed her to be strong.

“Sadie, I swear to GOD, after this, you’re going to take a long, hard look at yourself and make some actual changes. Are you at the front desk? Give whoever’s in front of you the phone and I’ll give them my credit card info. I need you to be at the hospital with mom, like now. Joey and I are flying in tonight.”

Her stolen mascara had stained her face but all she could think about was disappointing her dad. She handed Glenn Sr. the phone and started praying as she paced across the dirty laminate floor.

“God. Am I doing this right? I don’t even know if I believe in you, but if you’re out there, I need you. My dad needs you. Please don’t let him die. Please. I’ve been a terrible daughter and I can’t let him leave this world without being proud of me. I’ll turn things around, I promise. Plus, he’s only 51. I’ll do anything, please.”

She pressed her hands together as she let the black tears fall down her nose onto the floor.

“Here, ma’am,” Glenn held out the cracked iPhone 7, “your sister paid for your starter. The guys are installing it right now. It can take around 3 hours, so I can have one of my guys drive you over to the hospital if you like.”

She paused and looked at him inquisitively as she pondered his offer.

“No… please. Can you take me? I want you to take me,” her crying got heavier.

Glenn Sr. looked at his son as if to say, ‘hold down the fort, will ya?’

“Sure, hon. Course. I’ll just, uh, grab my keys and we’ll be on our way. Is he at Memorial Hermann?”

She nodded and felt a minor sense of relief as she watched him take his keys down from the hook on the wall. She kept her head lowered and followed him out the front door. He must be at least 250 pounds, she thought, putting his height around 6’3”. Glenn Sr. drove a blue Ford Explorer – probably a model made in the early 2000’s. He opened the passenger door and made sure Sadie was buckled before closing it. As soon as his foot pummeled down on the driver’s side, she could feel the SUV dip. She watched him insert the worn key and thought of the first time she went driving with her dad.

“Sadie, have you been practicing?” Jeffrey said with a half-smile as she was parallel parking for the ‘first’ time in a secluded lot. Of course she had been; she’d been driving her older boyfriend’s car for a year.

“No, dad. I guess I’m just a natural. Maybe I’ll be the next Danica Patrick!” she looked over with a smile.

“You can be whatever you set your mind to, Sadie. I’ve always known that.”

She snapped out of her vision as she felt her spine shiver. “Sorry ‘bout that. Heater’s been broken for a few weeks now… just haven’t gotten ‘round to fixing it. There’s a blanket in back if ya like,” he motioned behind him with his thumb.

“That’s okay,” she folded her fingers into her armpits, “we’ll be there soon…” she paused and allowed her head to rest against the ripped cushion, then said, “have you ever lost anyone close to you?”

He spun the silver wedding band around his finger as they sat at a red light. “Oh, yeah, I suppose I have. My brother passed when Sheila, my wife, was in labor with Glenn Jr. Same hospital, even.” He kept his eyes straight ahead with his hands at 10 and 2 on the wheel. “It was equally the best and worst day of my life. Losing a brother and getting a son.” She thought she saw his eyes glisten, but she didn’t want to stare, so she looked ahead as well.

“How’d you get through it?”

“Well, you just do, don’t you? You just push ahead. You realize what’s important and stop doin’ the other stuff. At least that’s it for me. Plus, I had to be a good dad to my son and partner for my wife.”

“Yeah, I’m sorry by the way, for how I was earlier… I just… I’m just not in the best place right now.” She put her chin down into her palm as she looked out the side window to see them passing an Arby’s. A roast beef sandwich with extra cheese sounded heavenly.

“I just feel like I took a minor wrong turn somewhere, and then just kept taking them. I can’t lose my dad… not before he’s proud of me.”

“I’m sure he’s always proud of you, though. That’s what it’s like to be a dad. But I sure hope he makes it,” he offered as they pulled into the always crowded hospital parking lot. “If you want to swing by tomorrow to get your car, we’ll be open at 8.”

She smiled and reached for the lever to open the door.

“Oh, I’ll get that for ya. Just one sec.” the car lifted probably a foot off the ground as he came to the passenger side. Sadie grabbed her cheap Forever 21 purse from the matted floor, stepped out and wrapped her twig-like arms around Glenn Sr.’s hefty waist. She let herself shed a few more tears as he patted her back like he was burping her.

With the fifth pat on the back, she let go without looking up and ran in through the emergency room entrance.

After confirming she was family, some lady with black hair and teal scrubs walked her to room number 10. Her beautiful mom was sitting on a padded mauve-colored chair writing in pen on a white notepad; she flipped it over as soon as Sadie walked in. “Hi, sweetie.” She put her arms out, telling her to come in for the hug she so needed right now. Sadie took a few steps and wrapped her arms around her mom’s tiny frame. She allowed her to cry, and then weep. She ran her finger nails up and down her back trying to soothe her if even just for a moment.

Joey arrived around 9 and Amy got in close to midnight. It was the family reunion Sadie unknowingly had been craving. She felt a sense of calm she hadn’t felt in a very long time. The three of them made a sibling trip to the snack machines and ended up with a purse full of hot Cheetos, oatmeal raisin cookies, chili-cheese Fritos, Skittles, Starbursts, and four yellow Gatorades.

The hospital smelled like fear, Sadie thought, and every fifteen minutes or so, she heard someone talking about the coronavirus.

“Okay, so who’s going to tell me what happened with dad? Mom hasn’t said anything and I’m not going to push it, but Ame, what’s the deal?” Sadie asked while crunching through a combination of Cheetos and Fritos.

Amy almost glanced at Joey; she’d always been closer to Joey, probably because their age gap is a mere two years.

“What was that?” she lifted her palm up in a shrug, “what was that look you just gave him? WHAT is going on?”

The frail man in the corner holding his stomach looked over at the three siblings; he’d much rather be distracted by their row than the ulcer he was convinced he had.

“Sade… dad’s in a medically induced coma. They don’t have high hopes…” Amy inched towards her to wrap her delicate arm over her sister’s hunched shoulder. Joey came to her other side and allowed his tears to fall silently.

Everything started buzzing as Sadie stood up. She started towards the automatic doors and turned around to the others… “DON’T follow me! I need some air.”

The wind pierced her burning ears as she collapsed on a ledge, which she imagined happened often. A ledge where many others felt hopeless and broken. Something about that brought her comfort… made her feel less alone. She wanted her car. She wanted that roast beef sandwich.

She went through her failures again and forced her tears to pour out, thinking of all the ways she’s disappointed her dad. Finally, she felt a hand on her shoulder. She opened her eyes and saw Joey’s Gucci sneakers… she could barely afford to put gas in her car and her brother was wearing $500 Gucci sneakers.

She heard a little voice in her head tell her to stop feeling sorry for herself. That she was going to get her act together today. Well, she thought, maybe after a nap. It was 2am after all.

They all rose from the cramped hospital room just before 7am as a doctor came in with a clipboard. He looked like he hadn’t slept either; his eyes were blood shot with dark circles.

“Good morning. Sorry to wake you all but I wanted to come and deliver some news as soon as I could,” he waited for a response, but everyone just stood wide-eyed, waiting for the update. “Right,” he continued, “as you know, after the accident, Jeffrey’s brain started to swell, and he was placed into a medically induced coma. We’re keeping an eye on his brain, and right now, the swelling is not going down. At this stage, I think it’s safe to assume there’s not much progress we’ll see within the next 24 hours but like I said, we’ll keep an eye on it. I suggest you all go home and get some proper rest.”

Jamie asked to talk to the doctor in the hall while the others gathered their food wrappers off the floor, wiping a few more silent tears.