Let’s Go To The Beach 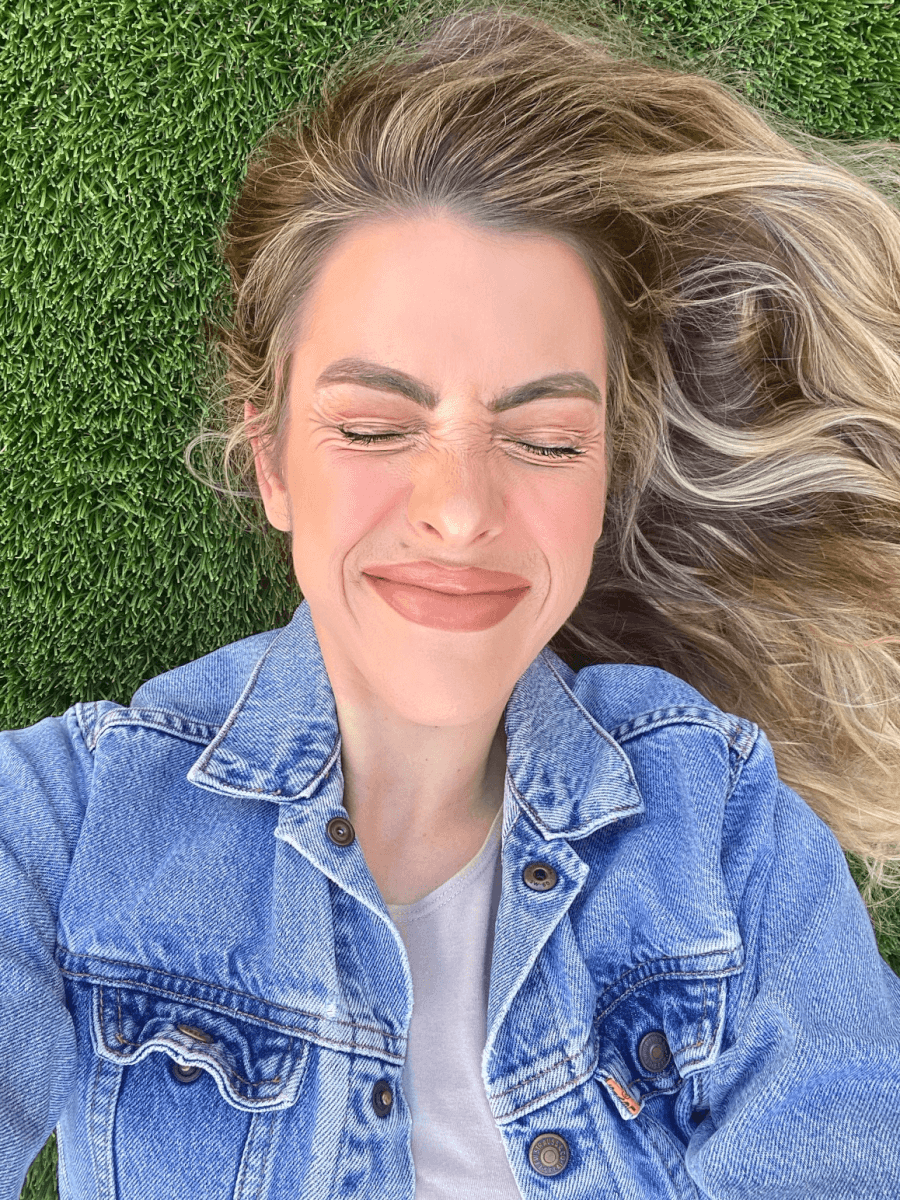 “S – Speed!” Remi shouted. It must’ve been the hundredth speed limit sign they’d passed. The Hendrickson’s were racing to wrap up the alphabet game as they held a steady 68 on their way to the well furnished AirBnB in Venice Beach. Their dad never went more than three miles over the posted speed and it always drove his kids mad. When they got bored of calling out letters on traffic signs, they would sit in the back of the Jeep Renegade and wave their feet at strangers as they’d pass. Most of them passed quite easily.

“Alright, kids, we’re ten minutes away. Who’s ready for the beach?!… Oh shit, babe, I don’t think I packed the sunscreen. Can you stop at the first Walgreens or CVS we see?” Lena reached over with her left hand and rubbed her thumb on Jack’s shoulder.

“Why are there so many homeless people here?” Declan wondered aloud as the sides of his hands pressed against the window, creating faux binoculars for his face to sit in.

“Well… if you had to live outside every day, wouldn’t you want it to be 70 degrees? Imagine living in Alaska as a homeless person. No way.” Jack suggested as they pulled into a crowded Walgreens parking lot.

“Do you want us to come in with you?” “Oh God no. We don’t need to bring in the clan for sunscreen but I appreciate the offer, babe. You need anything?” Lena smiled and reached for the door handle, simultaneously grabbing her tan Gucci bag from the floor. Jack shook his head – that light brown head of hair and those rich brown eyes still made her swoon. “Mom, can you get me Sour Patch Kids, pleeeease?” Parker pleaded from the back seat – he had his lips turned down and hands together, hoping that would seal the deal. “Ooh, yeah, me too. Wait, no, actually I want Laffy Taffy!” Remi chimed in. “Can I have a Snickers, pleeeease, mom?” Declan wrapped it up.

Lena turned over her shoulder to look back at the kids she so adored. “Guys, you know I don’t like when you eat that kind of junk. I’ll tell you what – since we’re on vacation, you can each have your ONE choice of candy but this is it. Don’t ask me for any more sugary snacks again during the trip. Got it?” A simultaneous ‘yes’ echoed in the Jeep which gave Lena the green light to run in.

After grabbing the sunscreen and heading towards the candy aisle, Lena bumped into a thirty-something man with dirty blonde hair and very nice arms which were displayed nicely under his white shirt. “Oh, sorry about that! I didn’t see you,” she looked up to meet his light green eyes. Something about him made her shiver; she gave him a half smile, turned her body away and sped up the pace until she saw orange Reese’s packaging. She looked over her shoulder to make sure he was gone and shivered once again. She had to call her husband to confirm what Remi asked for. Last bag of Laffy Taffy – thank goodness. She made one last look over her shoulder after entering her pin and grabbing her bag. No green eyes in sight.

“Okay kids, here, don’t scarf it down too fast. Especially you Declan. You know you get that chest thing whenever you eat too fast!” she put the cloth bag behind her for one of the children to grab. “Let’s see who can finish theirs the fastest!” Remi announced. She always tried to rile up her twin brothers, which she succeeded at regularly.

“ABSOLUTELY NOT. We will turn this car around, I promise you.” “Mom, we’re just joking. Are we going straight to the beach when we get there?” Parker had been eager to find a sand dollar ever since their last trip when he was seven. He loved the beach and demanded he be taught how to surf this weekend. Well, maybe not demanded – everyone was told to come up with one thing they wanted to do while in California and Parker didn’t hesitate. “Maybe, honey. We’re going to unpack everything once we get in and depending on the time, we may want to grab a bite to eat first. But I promise you we’ll be at the beach plenty over the next few days.” Lena heard her stomach gurgle.

Within ten minutes, they pulled up to a beautiful modern, white wash home, accompanied by a roof deck with fake grass and plenty of seating. “Okay, guys, each of you grab your suitcase. Remember, there’s three bedrooms, so one of you will have to share or one of you will take the couch. Or you can rotate. Doesn’t matter to me, but if I see you fighting about it, there’s gonna be trouble. Everyone understand?” Jack put on his stern voice which still didn’t intimidate anyone. Although he appeared tough, his good nature always oozed through every word.

They would’ve ran in through the large, wood front door, but Lena had to enter in the four digit pin which she’d saved in her Notes app.

“Woah, okay, take a step back, guys. Hovering over me is not going to make me move any faster.”

“Boys. Listen to your mom. Stand back here with me and Remi.”

With the push of a ‘7’ Lena was inside the bright, spacious living room, lined with floor to ceiling windows. The large velvet green couch seemed out of place at first, but within seconds, Lena made a mental note to consider an accent chair in that color for her home office. The beige area rug was thick and rope-like; it must be from Anthropologie, she thought, which prompted her to type in the store’s name in her Microsoft App, under the Feng Shui to-do list. The light brown floorboards led the way to the open dining room which displayed a lovely wood table that resembled a surfboard. This wasn’t quite Lena’s style, and it really wouldn’t go well in their NYC home, but with each new piece she saw, her itch to refurnish scratched harder. The open kitchen held white cabinets and a white marble island with brand new appliances; the real lemons in a glass bowl were a nice touch and unless the rooms were horrendous or there was an infestation somewhere, she couldn’t see any reason why this host shouldn’t earn five stars.

Meanwhile, Declan and Parker were playing rock paper scissors for the bedroom while Remi unpacked her suitcase. Her style had changed a lot over the years, but now, at nine years old, she wore a lot of black and brown. Oh, and she already had an elaborate skincare routine thanks to KYLIE SKIN. You can never start moisturizing too early?

“Rock, Paper, Scissors, Shoot!” Parker held open his hand to indicate paper and Declan kept his in a fist. “YES! Guess you’re sleeping in the living room, bro!” Parker gave him a nudge with his elbow.

“Hey! Be nice to your brother. What did I say about fighting?” Jack yelled as he unrolled and hung the clothes from his Tumi.

Declan made his way to the living room without any pushback. He would undoubtedly win in a foot race, but Parker was far more athletic. ‘You’re the brains of the family,’ his dad would always say, as if that made him feel better.

Within 20 minutes, the Hendricksons were settled into their Venice home for the next four days. It was 2pm – a little later than would be preferred for lunch, but they could grab something quick on the boardwalk and stroll to the beach. Today would not be a learn how to surf day – that could wait.

“Everyone have their suits on? Sunscreen applied? Towels? Beach toys?” Lena asked while adjusting her boobs in the circular mirror near the front door. She had a boob job six months prior and still wasn’t used to being a full C cup. Some days, she really missed her small A’s, especially when she went for a run.

Remi joined her by the door – she wore a black two piece bikini from Macy’s with an almost sheer, black cover up romper.

“My beautiful girl. Are you excited to go see Hair this weekend?” Lena stood behind her and ran her fingers through Remi’s honey-colored strands as they both looked in the mirror.

“Yes! I’ve been looking up reviews and everyone says it’s a must see. It’s just me and you going, right?”

“Just me and you, babe,” she smiled at Remi’s reflection.

Jack walked up with the beach bag full of sunscreen, water, towels, and plastic buckets; the boys joined behind moments later.

“Alright. Everyone ready to walk?” Jack smacked his hands together.

The pier was two blocks away and the slight breeze was a welcomed contrast to the stuffiness that seemed to consume New York. The kids walked a few paces ahead while Jack and Lena’s hands naturally intertwined. They took in the architectural beauty that surrounded them and moved to the left of the sidewalk twice for skateboarders to pass. The sun seemed to peak out from the clouds every two minutes like clockwork and soon enough, they could hear the sounds of the ocean and the rich smell wafting from the strip of restaurants.

“Okay. I think we’re on the same page with eating, right? We’ll grab something quick and save the formal dining for tonight?” Lena asked Jack but the kids responded.

“I want pizza!” Declan pointed to a sign that read ‘Abbot’s Pizza Company.’ His siblings agreed which was good enough. They stopped in and confirmed they could order by the slice before looking at the offerings.

Lena had goat cheese, spinach, and caramelized onions. Remi got a triple cheese slice with pepperoni. Declan chose the mozzarella, bell peppers, and ham. Parker went with a slice of buffalo chicken pizza, and Jack decided on the four cheese with canadian bacon and a slice with mozzarella, artichokes, black olives, and cilantro. They were all ready to declare NYC #1 for pizza, but Abbot’s definitely put up a fight. The crust was thick and fluffy, the olive oil just tasted expensive, and the cheese full of flavor.

As Lena watched the kids run after their dad, she spotted the man from Walgreens staring at her from underneath a multi-colored beach umbrella.