Bake Me Up – The Final Chapter 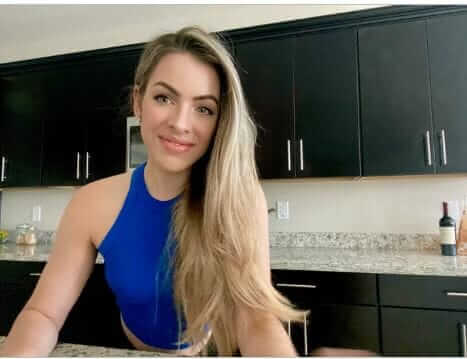 “Guys, listen to the doctor. Go to the house and settle in. I’ll call you if anything changes,” Jamie demanded, in the most firm tone she could muster.

The kids all begrudgingly nodded; the junk food wrappers were gathered and thrown in the black trash bin before they group huddled to give their mom a long hug.

“We’ll come back later and bring you some fresh clothes and a brush. Your hair will thank us,” Amy tried offering some lighthearted humor. Their mom’s hair was starting to form bonds as if she were beginning her first attempt at dreadlocks. She’d probably been sitting with her head smashed against her palms, unwittingly forcing the strands together.

They all gave half smiles and headed through the waiting room, which had an overwhelming Lysol smell.

The three got into Amy’s rented Chrysler 300 and sat in silence the entire way home, with the only sound coming from the COVID station on Sirius XM.

It’d been a while since Sadie was home. She actively avoided visiting, always coming up with excuses when they’d ask her to come over for a home cooked meal; she didn’t exactly have anything in her life she felt proud to share with her family. What would she say? “Hey, guys, glad to be here. I’m failing classes, I regularly call out of work, and I’m not excited about anything.”
At 8am, with the bright sun beaming down on their mansion, the large mahogany door looked inviting.

“I’m going to rest for a bit. Want to set an alarm for 2pm and head back to the hospital?” Joey suggested as he rolled his sleek TUMI to the staircase, heading towards his room.

Jamie and Jeffrey never turned their children’s bedrooms into a gym or sewing room, or god-forbid, a present wrapping room. They wanted to ensure there would be no reason to stay at a hotel when they came into town, plus, there were two other spare bedrooms for that.

“Sounds good. I’m exhausted,” Amy started, “I’ll set mine for 1:30 and gather some stuff for mom before we head back out. “I love you guys.”

Amy was never great at expressing her feelings, so even saying I love you was noteworthy.

“I’m going to be in the kitchen for a little bit. Love you guys,” Sadie said over her shoulder as she shuffled to the oversized kitchen.

She used to love thinking up new recipes and her dad always encouraged her creativity, allowing her to whip something up for the family every Wednesday night. Then they’d sit in the TV room and watch American Idol, pausing the auditions to give their own scores or try to guess what Simon would say to the contestants that had zero self awareness, or musical talent.

Historically, the Weston house was fully stocked and ready for a cake to be made at all times. She hoped this morning was no different.

Sadie entered the large walk-in pantry and started gathering, though she wasn’t sure what she’d make.

“Okay, flour, sugar, corn starch, baking powder,” she whispered to herself while holding the ingredients against her firm stomach, walking them to the granite island. “Please let there be eggs,” she said even lower. There were two cartons in the fridge. “Yes. Thank god,” she paused, looking in the perfectly organized fridge and felt a single tear slide down her cheek; she immediately knew what she would bake.

As the elements for the sponge layers were folding together in the Kitchen-Aid mixer, Sadie remembered this is what she wanted to do with her life. She wanted to open a bakery and offer unique pastries and desserts; she was inspired by the elegant cafes she visited in Paris as a child. She wanted her own talk show that would be shown on the Food Network; she always had a loud charisma that drew people in. Somewhere along the way, though, she went left instead of right, and ever since, Sadie allowed the dark cloud to loom over her.

“Stay with me, dad. We’ve got unfinished business.”

It’s like she could sense him there with her, in the beautiful kitchen that he designed. Jeffrey was an impressive businessman and their house definitely showed off his acumen.

As the cake went into the oven for a few minutes, it was time to make the pastry cream. With each added ingredient, Sadie felt more alive. She was actually smiling as she watched the milk and vanilla bean boil in the small, silver Caraway pot.

“Whatcha makin, Sade?” she remembered her dad asking one particularly scalding afternoon. She was probably twelve and it was her first attempt at the Aqauavit Princess Cake.

“Well, dad, as you can see, I’m filming my show right now. Do you want to say hi to the audience?” she pointed across the kitchen at the fridge, pretending there was a cameraman.

“Oh, sure, I’d be honored,” he went along with her routine, waving to the camera, “hi, everyone. I’m Sadie’s dad. Let me just say, I know talent when I see it, and Sadie’s the real deal. Make sure you all take notes,” he exited the imaginary shot and gave his daughter a thumbs up.

She brought the milk and vanilla bean down to a simmer as she whisked the sugar, cornstarch, and egg yolks. The timer on the oven went off, signaling Sadie to remove the sponge cake. There was no chance Amy or Joey would be bothered by the alarm… the Weston house was way too big, and their rooms were downstairs. Plus, Amy always slept with a white noise machine, so she’d be out until her alarm went off at 1:30.

The cake would need to cool, which was fine. Sadie needed to finish the pastry cream anyway, plus, the assembly layers – raspberry jam, whipping cream, marzipan… this was no easy feat.

She didn’t care if she worked on this for the next four hours – she was awake and filled with an overwhelming drive to get this thing right. A cake she completely butchered when she was twelve and hasn’t made since.

There’s a lot of patience that goes into making this damn thing, she remembered, as she started rearranging the freezer to make room for the sponges to cool.

Before she started whisking the heavy cream, Sadie looked at the glossy photos held down by magnets on the large Samsung fridge.

The whole family, standing in front of the Eiffel Tower.

Joey at the zoo staring at a tiger.

The kids in the backyard competing in a hula hoop contest. Sadie on Jeffrey’s shoulders at a Cardinals tailgate. Amy giving the commencement speech at her high school graduation.

The tears started again. She couldn’t help but think how vivacious she once was – how driven she was to make her dreams come true.

‘I need a cigarette,’ she thought. She rummaged through her worn handbag and grabbed the pack of Camel Crushes. It was a quiet morning, which for some reason, made her want to turn on the outdoor stone fireplace. She opted to plop down on the gray couch instead. To her left was an ashtray; she imagined her dad sat there smoking the night before, with a small glass of his single-malt whiskey, enjoying an impressive sunset.

She watched a bee graze over the infinity pool which wrapped around the travertine block holding the gray couches the Westons ordered from Italy. Although Sadie was never impressed by money (likely because she grew up with it), she had to appreciate the breathtaking view of Desert Mountain.

With one more drag, she put out her menthol cigarette and headed back to the messy kitchen, as she had a date with some marzipan.

She started talking out loud again, pointing to everything she still hadn’t used, as she explained to the audience (the refrigerator) how to finish the cake.

“Okay, once your sponges are cool, you’ll want to take the first layer and set it in the cake ring, like so,” Sadie motioned to the island, pausing for the invisible cameraman to zoom in. “Once it’s in place, take a rounded knife and spread the raspberry jam, but don’t go all the way to the edge – leave about half an inch bare,” she watched the jam spread evenly across the fluffy yellow circle and appreciated her ability to execute her own direction with ease.

She grabbed the second sponge and placed it on top of the raspberry layer, presenting the palms of her hands behind the cake.

“Alright, once you have the second layer on, you’ll want to slather the pastry cream to the very edge. Then, you’ll add two cups of heavy cream to the top and form a dome or orb like structure. I know, it seems like a lot, but trust me, it’s exactly right. Now, once you’re happy with the way the heavy cream is sitting, add your third and final sponge,” she grabbed the circular tin and placed it delicately on top of the mound.

She spun the platter holding the dense dessert to make sure it was lined up perfectly.

“Okay, now, we’re in the final stretch. Stay with me. Cover the whole thing in the cream you have left over,” she took her wide rubber spatula and spread the paste with her right hand, as she turned the tin with her left. “Once you’re satisfied with the coverage, you’ll need to wrap the dessert in plastic and let it set in the fridge for an hour or two while you prepare the marzipan,” she pretended the camera followed her to the fridge as she carefully placed the cake on a middle shelf.

As that sat, Sadie dropped a few teaspoons of green food coloring down on some parchment paper and rolled out the marzipan; she heard her phone ring which practically made her jump, as she’d been lost in her baking world for the last two hours. She ran over to the table and grabbed her cracked iPhone. It was her mom. ‘Please don’t be bad news. Please don’t be bad news,’ Sadie whispered before pushing her thumb down to accept the call.

“Sadie, your dad is awake! Oh my gosh, he just woke up. The doctors are hopeful he’ll make a full recovery,” her mom started sobbing on the other end of the phone, which forced Sadie into the same response. So much so that she started gasping for air.

“Honey. Are you okay?” her mom sounded concerned. She didn’t need two hospital visits in 24 hours.

“Yeah,” Sadie gulped for air again, “I’m just,” another gasp, “I’m just so happy,” she grabbed a kitchen towel and wiped her face. At this point, it looked like she’d been rolling around in the dirt. Her black mascara had embedded into her skin, and she didn’t care at all. “We’ll be there soon, mom. I love you.”

She let her siblings get their final few hours, which was just the right amount of time for Sadie to finish the cake, which somehow turned into so much more than just a cake. This time, she wasn’t talking to the audience, she was talking to her dad. The person who’d always believed in her most.

“Okay, dad, as we lay the marzipan over the top, let’s smooth it out to make sure there aren’t any unnecessary lumps. And with this last little bit, we’ll create a rose and set it in the middle. Will you help me?” she imagined his hand on top of hers as she placed the small, pink structure in the center.