Your Privilege is Showing 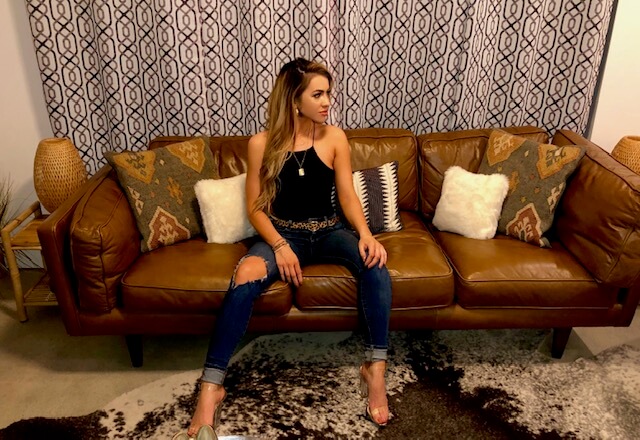 A nice and heavy word to cause tension among the masses.

As I read Nate’s story (the featured writer for this Sunday), I appreciated his candor while recognizing his view was likely born out of serious reflection.

Even as I formulated the questions I would post on Instagram this week (yes, I spend entirely too much time on this Sunday evenings), I contemplated how I would take them in as a consumer…

“What color skin were you born with?”

I can hear the defense now… “I can’t help what color skin I was born with and I won’t feel shame about it.”

To that I would say, fair.  Totally fair.

It’s no secret our egos like to run the show.  It’s why we stay friends with “popular” people we don’t really like; it’s why we wear trendy clothes that don’t quite resonate with our true essence, and it’s why we often accept the raise for the job that we dread going to.

Our ego wants to keep us safe from anything that might make us uncomfortable.

But I really think we, as a collective, can trudge through this privilege stuff together without the urge to literally fight each other.  Which, thank God, because my workout game has been wack over the last two weeks.

So, seriously, what skin color were you born with?

As a child, did you go through training on how to talk with police officers if you were pulled over?  I didn’t.

What socioeconomic status were you born into?
Did you wonder where your next meal would come from? I didn’t.

Have you ever smoked weed?  If so, were you arrested for it?  I’ll assume you know my answer…

I will remind you, if you’re white, or white-passing, this isn’t to make you feel bad… you’ll definitely know when that’s my intention.  No, my intention, for now, is just to see it.  Because for most of our lives, we’ve been shielded.

Okay, no, I don’t want to lay that assertion on everyone, so I’ll just say I’ve been shielded.

I don’t remember learning about the 1921 Tulsa Massacre in high school… do you?  Though, to be honest, I don’t think I retained a lot of what I learned in history – I can confidently say I’m much more eager to learn about our history now than I was throughout my youth. #AllThingsDance

And maybe that understanding can be incorporated into the (hopefully) inevitable shift in education.  I mean, if we can change the entire math system overnight (wtf is Common Core?), we should be able to update what and how future leaders are learning.

It’s no secret our attention spans are diminishing, whether it’s an effect of the social media we take in every day or… no, it’s definitely social media.

My point is, the way we take in and retain information is different than it was twenty, even ten years ago…

I watched Zac Efron’s Down to Earth documentary (who else was shocked at how socially awkward he was?) and felt eager to do additional digging on my own – I truly felt inspired. So much so that I’ve been doing my own water taste tests ever since.

Maybe that’s because I’m more of a visual learner, but again, I think society has shown in large part, they are too.

So, not only did the documentary teach us how to live healthier lives, but it showed us how people with SO MUCH LESS are living (seemingly) happy lives just by having family and community.

It made me realize how privileged I am to get up and walk my dog in a safe neighborhood every morning and night; how easy it is for me to access clean water, which allows me to brew my morning oat milk latte from the comfort of my kitchen; and how nice it is to have a functioning toilet because damn it, I just might have the smallest adult bladder known to man.

Sure, it’s easy (and sometimes even fun) to complain about the struggles of being human, but as we continue to open our eyes to other people’s reality, it’s abundantly clear we’ve lived in a system designed to oppress certain groups.

If you’re still with me, I take it you’re ready for me to paint a picture – so tune into my YouTube channel to watch me do so.

No, what I’m talking about is the cyclical subjugation.

Our country specifically formulated language for deeds that read things like, “said premises shall not be rented, leased, or conveyed to, or occupied by any person other than that of the white or Caucasian race.”

Said covenants still exist today, so it should come as no surprise that we continue to see predominantly black, Mexican, or Latinx neighborhoods.

Obviously, we had the Jim Crow era which operationalized once we “abolished” slavery; this is when our country legalized racial segregation for roughly 100 years…

Wait, let me repeat that.  ONE HUNDRED YEARS.

People of color did not have the right to vote, in some cases hold jobs, or even get an education, which is unfathomable to me in 2020 and very clearly conflicts with our “founding fathers’” demands for equality.

Now, in an effort not to exclusively make this a Black Lives Matter post, I want to reiterate the privilege I personally experience.

I’m white, I’m straight, I’m mildly attractive, I was born in the US, I am intelligent (sometimes), I am athletic (enough), I grew up in two neighborhoods with friends my age, I had plenty to eat (always fucking wanted mac & cheese though), and I was raised with what most would consider sound morals.

So, as I reflect on what this means, I absolutely don’t let it fill me with shame… I let it motivate me.  I look at all the people with so much less that have accomplished everything they’ve intended, overcoming obstacle after obstacle and I think, “uhh, girl, if you don’t achieve the goals you set out for yourself, it’s your own damn fault.”

Yes, I talk to myself the way I imagine Issa Rae talks to herself.

And then I go make the mac & cheese I want, with goat cheese, cashew cheese, and nutritional yeast, because #goals.

But seriously, the topic of privilege doesn’t have to be divisive – it can be enlightening and inspiring for what we want our future to look like and how we want to raise our kids.

So go ahead, be privileged, but seriously, don’t waste it.