Who Cares About Your Health 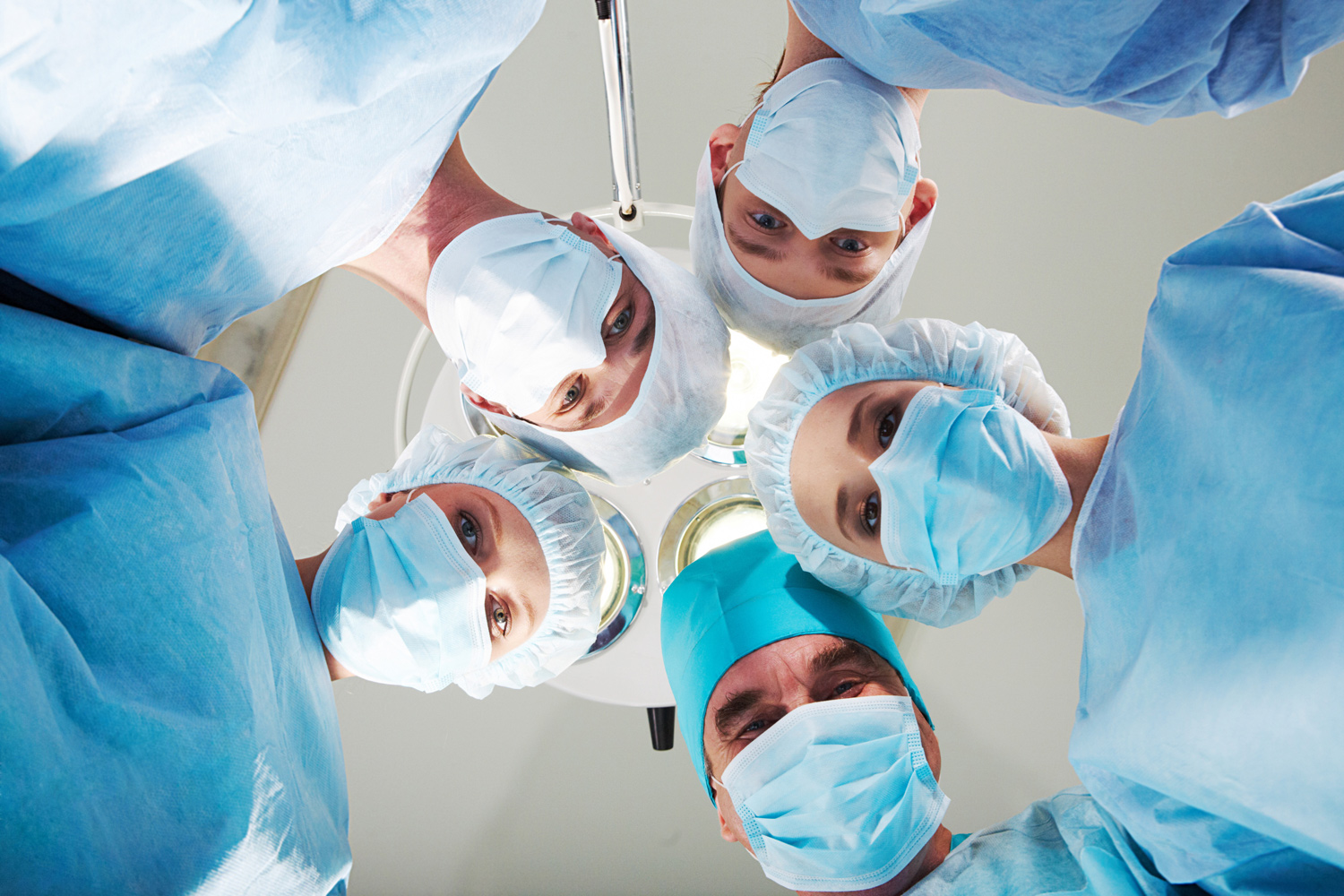 As promised, I’ll keep announcing the post we’re on until we pass the tenth… and even after that, there’s no guarantees. So, welcome in, post number seven; I embrace you with loving arms, in my pumpkin-scented living room. You may know by now, questions about each topic are posted through social media (Instagram – I’ll tag it at the end) and the “audience” votes… I was recently talking to Dayna about her health story and asked if she would share it with you guys – from there, the question was posed. ‘Have you ever felt dismissed by your doctor?’ and while the results are still preliminary, 83% responded with ‘yes’; half of those that said ‘no’ are male, which is interesting, but not surprising. You can surmise Dayna falls into the ‘yes’ category and has some opinions… so let’s jump right in.

Hey all, my name is Dayna Corbeille (Cor-bay, looks like Cor-belly, stick with me). I grew up with Devon in our cute little hometown of Prescott, AZ. I’m writing today to talk with you about advocating for your own health, because quite frankly, at the end of the day we are the only ones who really TRULY give a f*ck about how we feel. So, here’s a summarized version of my screwed up story. Hopefully it sheds light on an otherwise very taboo topic and can help someone else who is struggling to advocate for their health. I’m one that believes there’s always gotta be a silver lining and that’s what I’m hoping for with all this. So, shall we…?

I was raised in a fairly health-conscious environment. My mom made us our school lunches everyday to avoid the “processed junk” schools were serving up, and we basically had to beg to get any type of fast food into our small, developing bodies. Mom would almost always cook a balanced meal for dinner and soda was a solid ‘no’ for us kids. Overall, we were healthy…big shout out to you, Mom, your efforts did not go unnoticed. However, bearer of bad news here – some shit can creep in no matter how many greasy school lunches you avoid.

Move us along to high school. I was 17 and once a month I would find myself in debilitating pain. We are talkin’ like ‘she tore her meniscus and literally opted to walk it off, but right now she’s keeled over clenching her abdomen, so this can’t be that normal, right?’ kinda pain. So, with Mom being Mom, she took her 17 year old to the lady-doc to get some things figured out. I remember having an ultrasound done and the doctor throwing around the term ‘endometriosis’, but ultimately, prescribing me a birth control pill to help “relieve the symptoms” and sending me on my way. I specifically remember googling ‘endometriosis’ after leaving the office and having an actual break down; I shared my terror with a close friend – I genuinely felt like me and my body were forever doomed.

There I was though, carrying on through life as a late teen with all of my symptoms being numbed by a little pill, so things seemed… normal(ish). This takes me to freshman year of college, where I found myself in an ER with a bursting appendix (a sure tell sign of developed endometriosis). I went into emergency surgery, so they could remove the rupturing appendix. I remember waking up to hear the doctor say something along the lines of ‘while we were in there, we saw some definite cysts all over – possibly endometriosis,’ and literally that was it… no follow up to explore that further, no removing it while they were in there, nothing. Just a ‘hey, this is probably happening’ for the SECOND time in my young adult life and nothing to follow.

Let’s jump a few years; I’m wrapping up college and things still just didn’t quite feel right. I went to the campus clinic and the doctor told me I was at risk of a stroke because the birth control I was on was causing hypertension. At 22, that was enough for me. I was finally graduating college and ready to go make a name for myself in the real world; I wasn’t about to let some dinky pill be the end of me. So cold turkey, I quit that shit. The pill that I had been taking for 5 years was slowly trying to kill me and I wasn’t havin’ it. With the end of that pill came the beginning (or return I should say) of the pain and other symptoms, but to me it was a no-brainer. I kept telling myself I was tough, I was just going to have bad periods, which was normal… that I could handle the pain.

A few more years passed by and nothing about my menstrual cycle felt typical. I still kept with the mindset to power through though. I would never miss work; I would just curl up in a ball near my desk or squat down and ask for them to just keep going, ‘never mind me!’, during meetings. During this time (my early 20’s) I went to a doctor with concerns on two separate occasions. The first doctor was so dismissive about my symptoms and SO offensive with her suggestions that I literally walked out of her office and considered pursuing action to have her license removed (I could write an entire post about that experience). The second doctor sent me in for further ultrasounds where they saw some “irregularities” but since my insurance was sub par, they didn’t give me a health plan or strategy to get to the bottom of these irregularities. To me, it seemed they had no interest helping me treat my pain. So I stuck things out. I dug my heels in, found a favorite heating pad, figured out how to pick out outfits to camouflage said heating pad, started dating a guy who understood that I wasn’t just faking it or being dramatic; who always rubbed my back and made me mac ‘n’ cheese the first or second day of my cycle, (read: both) and I just dealt with it. He knew I would feel like I was dying for a week each month and would support me through it, most often making lighthearted jokes.

This brings me to Spring of 2018. I woke up from a dead sleep around 3am, clenching my abdomen. I crawled to the bathroom (I’ve spent a lot of time crawling on bathroom floors through this journey) in writhing pain and drew myself a bath. After all, I’d been here a bajillion times. I needed heat, I needed Advil, and I needed to (again) power through. This time felt different though. There I was, in a bathtub, leaning over the edge to long distance puke into the toilet, knowing damn well that something inside of me was severely wrong; I was debating on whether to go to the ER because I was on state health care and was honestly too worried about the bill. So, what did I do? I heated up that trusty pad, popped way more Advil than I really should have, and powered through. I was in pain for 3 days straight when I finally mustered up the cojones to go to Urgent Care. They immediately suggested I was ‘just pregnant’ and when the tests came back negative they all looked at me, scratching their heads and dismissed me to a different local hospital.

That doctor ordered an ultrasound (I’m an old pro at these by now) and found a hemorrhaging cyst. I was bleeding out internally so badly that it obstructed the view of the rest of the image. They were able to make out a few things from the image though, something they referred to as “the twin cysts” and they started bringing in different doctors to observe my situation. I felt like that case on Grey’s where the dude has a tree go all the way through him and the interns all call ‘dibs’ on working the ground breaking case… Well, as ‘ground breaking’ as my scenario was, it was quick to get dismissed as soon as I informed them a week later that my insurance had changed because of my new employment. No follow up, no health plan of action, just a dismissal, a “well wishes” sendoff, and the whopping bill.

This brings us to (almost) current day. I’d found ways to cope with the pain over the last year and hey, I didn’t die, so things must have worked themselves out…. or so I thought. Until June. In June, I felt like I was having a heart attack; I had no choice but to head to the ER (is this my hundredth trip? I’ve lost track. They should really offer punch cards). After an EKG, a CT scan, and an ultrasound, they found that my ovaries had expanded to the size of grapefruits. Both of them. My ovaries were literally pushing the rest of the organs and bones in my abdomen around, popping some ribs out of place, therefore simulating the feels of a heart attack. GRAPEFRUITS though. Mother-f’in grapefruits, guys! For those not well versed in the average size of ovaries, they’re supposed to appear as petite little almonds. Look down at your abdomen. Now imagine two grapefruits chillin’ inside there somewhere… that’s what I’m workin’ with.

Alright, I digress. Are we at eight? Who is counting? I should have assigned a counter. I think we are at eight. Eight different visits to doctors where I swore something was wrong and each of them passing me off as someone else’s problem to diagnose. I won’t bore you with the next 4 visits because they were all as ridiculous and useless as these last 8, but believe me when I say it wasn’t until 12 years had passed, I’d visited and talked to a dozen doctors, that I FINALLY got the actual diagnosis that I have… drum roll… Endometriosis (no shit) and lucky me, it made it all the way to Stage 4 before anyone felt the need to do anything about it. Maybe it’s because I have a legit benefits package through work finally (they’re not paying though, don’t get excited) or maybe it’s because when you take an ultrasound scan you can literally not see anything besides endometrial tissue covering my pelvic area and abdomen…. but hey, we finally got the diagnosis, guys. Hip hip, hooray, let’s hear it for women’s health.

Now that I have the diagnosis I have searched far and wide for, and found myself a specialist who gives a damn, we are working together to figure out a plan of action. He’s not my perfect match but he sure beats doctors one through eleven, so I’m rollin’ with it for now.

Thanks for hangin’ in there through a less than exciting conversation, but it’s important we have these. Have you been battling something and you feel like you’re not getting the help you deserve? Speak up! Advocate. It matters. And if you need help, encouragement, or someone to complain about shit with, I’m your girl. I’m sure Dev will link info here somewhere, but let’s connect and encourage one another! After all, that’s the silver lining.

As promised, guys, Instagram handles are below. Thank you again, Dayna, for sharing your story – here’s to the grapefruits shrinking day by day.