What I’ve Learned About Racism 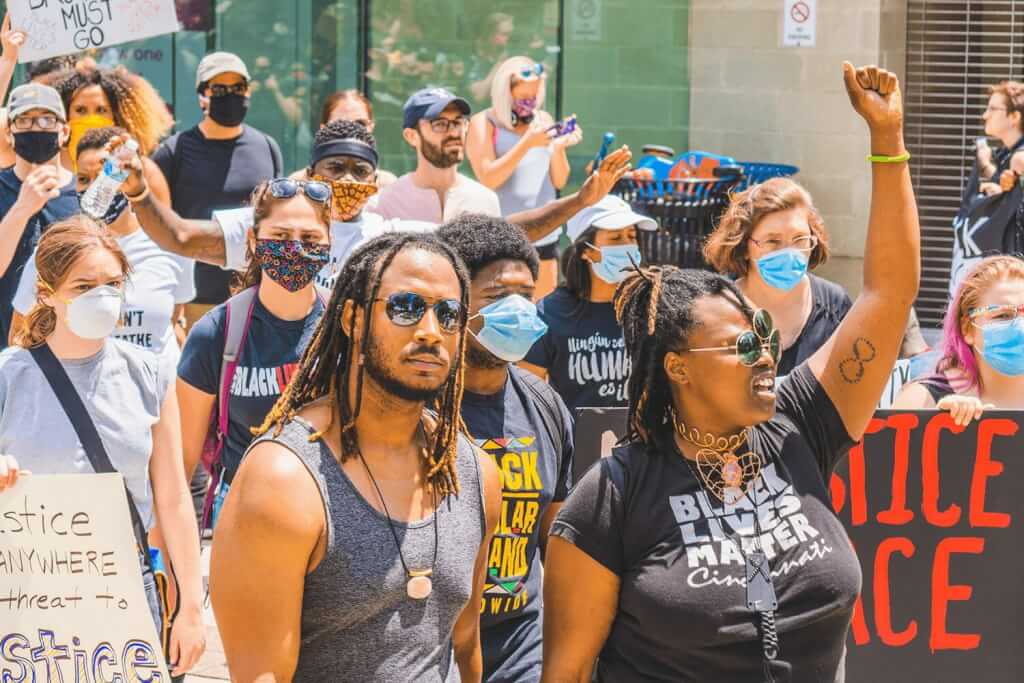 Racism… what a triggering word, right? At the start of this work, if someone asked whether I was racist, my immediate response would be to jolt my head back, push my brows down as if to say ‘are you crazy?’ and respond with a defensive “no, of course not!”

But racism, I’ve discovered, is often ingrained in our subconscious. Simply by seeing more people with white skin every day, I unknowingly crafted a more comfortable narrative about them. Racism isn’t as simple as white supremacists or Ku Klux Klan members spewing hatred about African Americans… it’s a spectrum; a spectrum that can be uncomfortable to find your place on.

As I started my journey into Layla Saad’s book, ‘Me & White Supremacy,’ I was prompted to answer journaling prompts about what negative experiences my skin has shielded me from and what positive ones my skin has allowed.

Taking the work seriously, I thought deeply about these two questions because my initial reaction was “how would I know what negative or positive experiences have been a result of my skin color?”. And then I remembered a time at Ulta in my teens when I shoplifted a lip gloss (I know… how dare I) but the point is, no one was watching me; meanwhile, I saw this black girl in her late 20’s being followed closely by a security guard – I watched her leave the store without purchasing anything because she was so uncomfortable.

Who wants to deal with an annoying sales associate following you around the store asking if you need help with anything? Let alone watching your every step because they suspect you don’t have money to pay for the products they’re selling.

As I typed those last few words, I recognized more privilege… having access to all the foods associated with my culture; that I’m represented as the majority across all media – television, movies, books, music, and broadcasting.

So, what does this mean, exactly? Should I feel shame about being born with white skin? Obviously that’s a rhetorical question… of course I shouldn’t… but as I continued listening to Layla’s audio book, I did feel a sense of shame and even embarrassment about how ignorant I’ve been. I didn’t realize how flippant I was, as a little white girl, singing along to a Kendrick Lamar song… and vocalizing every lyric. I was never called out on it but I can hear what my response would’ve been:

“But I’m just singing along to the words,” or “if they don’t want us saying it, don’t put it in the song.”

As I’m sure you’ve picked up – I’m talking about the N word… a word that is not for white people – it’s for BIPOC (black indiginous people of color) because it’s part of their culture. As author Ta-Nehisi Coates so clearly put it, not all words are meant for all people – you wouldn’t want a stranger coming up and calling you baby, and if your partner called you a bitch, I’m sure it’d hit a little different than if your sister did. Black people have reclaimed the word and given it a new power that we can never, ever understand.

Okay, so should I just not sing along to black rappers then, since their culture doesn’t align with mine? Or even listen to their music? Am I appropriating instead of appreciating?

Of course, I don’t have all the answers… Layla Saad talks about this in her book, though, and gave context – if I were appreciating black culture and wanted to assume their fashion, I would likely make a conscious decision to purchase such clothing from a person of color or black owned business, not from a white dominated corporation. Or, let’s look at a more extreme and obvious example – let’s say I wanted to wear an Indian headdress – would it be okay if I purchased this headdress from an Indian owned business who was totally fine with me wearing it? My answer would be no, it’s not okay, because the headdress is significant to the Native American culture and symbolizes the most powerful and influential members of the tribe.

After talking this through with my boyfriend, we decided many things can still be appropriation, but that doesn’t necessarily mean it’s bad. Otherwise, white people wouldn’t wear turquoise, or eat thai food, or listen to rap music… I think it’s safe to say for the most part, those cultures want us to experience what they have to offer. Kendrick Lamar wants us white people hearing what he has to say.

Well, wait, so am I just supposed to buy stuff from black people now? What’s going to happen to the white owned businesses then?”

Maybe that’s not what you’re thinking, but the question definitely floated in my head, which could be perceived as white fragility – a term I’m sure you’ve heard many times since George Floyd was killed. The white fragility label could be put on an inability to talk about race, or about the woman who called the cops on black man, Christian Cooper because he pointed out the rules about dogs needing a leash in the park; she was caught on video saying she was going to call the police and tell them an Afican American was threatening her life.

Of course, the woman, Amy, responded with “I’m not racist,” followed by an explanation… my friend, Lacey, had a similar experience; she was out drinking with her white friend who had a little too much – Lacey’s bag was at her friend’s house as she intended to stay the night. When the cab dropped them off, the “friend” locked the door on her and told her to leave… stunned, Lacey began yelling – at the very least, to get her bag back. The cops were called and Lacey heard her say “there’s an African American trying to break in to my house,” which inevitably felt like a punch in the stomach, and a shot to the heart, I’m sure.

“What did she say when you talked to her the next day?!” I asked in horror.

“Just that she must’ve been super drunk… needless to say, our friendship ended,” she half smiled through the pain of recalling the memory.

Obviously these examples are easy to gasp at or think “yeah, that’s racist… I would never act that way,” or maybe I’m just projecting. But there are more subtle nuances of racism… again, the spectrum that I’ve uncomfortably looked at these last two and a half weeks.

I can’t force you to read Layla’s book, but if I have you on this platform, I would urge you to answer these questions –

When you think about words associated with black women, what comes to mind? Angry? Too loud?

What about black men? Player? Rapper?

Have you ever discounted what a black person says because of their tone or because they weren’t going about something the way you thought was appropriate?

Have you ever gripped your purse tighter or crossed the street to avoid a black person?

These questions certainly aren’t made to bring you shame (even though I felt it when answering) but to do my part in increasing awareness into the systemic racism and oppression that so many of us are trying to change.

I know we’re not going to make the Black Lives Matter movement a blip in time in the “craziness of 2020,” because we’re better than that. George Floyd’s life mattered; Breonna Taylor’s life mattered; Ahmaud Arbery, Sandra Bland, Tamir Rice, Trayvon Martin, Mike Brown, Shelly Frey, William Chapman, Eric Garner, Albert Wilson… and all of the black people out there that continue to experience racism to this day.