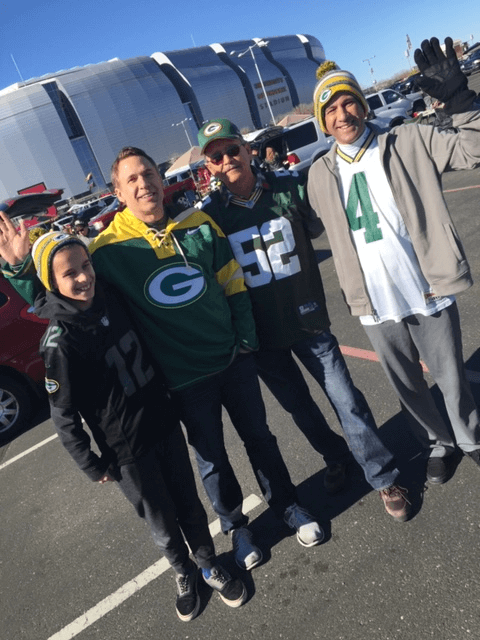 Typically when I start a blog post, I have a general idea of what I want to cover. Tonight, however, as I stare at my night-mode screen, behind my blu-blox glasses, I consider so many different avenues, as I want to be sensitive and speak appropriately about the topic. I also don’t want to write just to write – just to put something out on a Wednesday because it’s my schedule – I have a real desire and longing to deliver something that you’ll want to keep reading.

With that, I suppose it’s logical to define toxic masculinity; according to Wikipedia (I know, it’s definitely the most reliable source, right?), toxic masculinity is described traditionally as a socially dominant man, with traits of misogyny and homophobia, with a tendency towards aggression, violence, and a stifling of emotions, which socialization has practically allowed with terms like, “boys will be boys.”

My brother and I are seven years apart, but to this day, I haven’t seen anything resembling toxic masculinity in him, which I would attribute to loving parents, and maybe, having two sisters that often dressed him up in our frilly clothing. I know I’ve referenced Euphoria in my writing before (it’s just so good), but I’m circling back, as the main teenage boy fits the mold of this week’s topic perfectly – he’s depressed, aggressive, demeaning, and dominant – with his figure, over his classmates, in the gym, with his girlfriend, and on the football field… these traits can be traced back to his childhood / his father. What about the influence school has on kids though? Or social media? Television and movies? Is there a way to measure how much each ‘thing’ impacts us? EverlyWell has tests for hormones, food sensitivities, lyme disease, fertility, and what color you should dye your pubic hair (not really – I’m sure there’s a Buzzfeed quiz for that though)… they should figure out how to weigh what streams of input have the most sway over our thoughts and emotions. Really though, I like to think I’m a healthy person with healthy habits, but there are times when I can’t pinpoint where a reaction is stemming from… it can be grossly frustrating.

So, I decided it was time to watch The Mask You Live In; I’d been hearing about it for months and didn’t take the plunge, because… well, we’re overstimulated with options (please, no one else tell me how good The Morning Show is).

As I type this, I’m only 50 seconds into the documentary and the opening lines ring true to what I heard in the gym, only an hour ago. The man says his first memory was of his dad bringing him down to the basement, showing him how to spar, telling him crying was unacceptable – to be a man. As I lifted my five pound weights earlier, my audio stopped working (weird, I know… it was probably that ghost kid I saw two weeks prior) and I heard this child’s father yelling, telling him to keep going, telling him not to be a pussy… he was probably twelve – an age when we’re all extremely susceptible to shame, especially from people we look up to, like our parents. I saw the lanky kid’s eyes start welling up and it took everything in me not to let the muscular, overbearing dad know what my thoughts were on his parenting style. But, maybe I should have? Maybe silence is part of the problem… maybe I’ll print this out when I finish and give it to the guy next time I see him – I’ll put it in a red envelope so he thinks a stranger is giving him a Christmas card. Great – it’s settled.

Back to the documentary, as I just wrapped. I need to take a deep breath while I spill my thoughts out in front of me and try to cohesively put them together, without sounding like I’m writing a book report… though, I used to love writing book reports. Is that what people do in book club? Maybe I should join a book club… adding onto my ‘to consider’ list.

The Mask You Live In defined masculinity in different ways, using words such as buff, athletic, rich, tough, confident, secure, being able to drink a lot, and having sex with lots of women.

I sit back and think of my dad – I don’t know what his sexual conquests were before my mom, nor am I going to call him up and have that conversation, but he ticks almost every one of those categories, thus, my modeling of masculinity as a child would match most of those descriptions.

Not surprisingly, many young men feel the need to hide their emotions, as their programming taught them that emotions = weakness. Now this is something I feel inclined to delve deeper into. As a female, tears from the opposite sex tends to trigger something in me – if from a child, I am inclined to soothe and nurture; if I see a grown man crying on television, it can actually be attractive, and if it’s my partner, my reaction is mix of both. That said, I have experienced relationships in which my significant other cried almost weekly… I couldn’t handle it – I would feel repulsed, allowing the black cloud of negative thoughts to consume my brain. I did equate the tears to weakness and my friends would sometimes joke, “you’re definitely the dude in this relationship.” So clearly, as a society, we link emotions to females and a lack of emotions with males.

This all originated somewhere – our parents were raised a certain way, and they most often pass on that upbringing to their children. In addition… you ready for a SHOCKING stat? 99% of boys play video games. Let me repeat that… 99%. I know next to nothing about video games, but I know most of these gamers aren’t just bowling on their Wii. We’re talking guns, violence, and a lack of emotions displayed on the screen, which inevitably seeps into the psyche. Is it a coincidence that almost every mass shooter is male? I would bet not. And it makes sense – we get better at anything we spend our time on, whether it be witnessing violence, playing sports, learning an instrument, or writing (hopefully y’all aren’t bored).

There was a break in the chain, however; we were brought into the world of a father and son – mom wasn’t in the picture so he had to wear both hats. The dad talked about how his father never allowed him to show emotion growing up, and how he wanted to be different for his kid. In addition to openly conversing, they started writing notes to each other daily and putting them in a shoe box to read at the end of the week. The only rule – the notes have to revolve around emotions… I love this idea for any parent & child and can’t wait to decorate a shoe box once my time comes.

All to say, the need for connection isn’t something reserved for females – it’s a human desire (unless you’re Dexter Morgan) and we connect using our emotions, whether happy, celebratory, disheartened, anxious, frustrated, annoyed… use whatever adjective you fancy.

So here’s my plea – allow your sons to feel their emotions, allow your significant other to express themselves, and urge your male role models to open up more. There’s nothing worse than living an inauthentic life, so if we can help others be themselves, I feel obligated to do so. If your kid feels drawn to play the clarinet over sweating with a bunch of dudes on the football field, make sure they have a clarinet in their hands. If chess is their jam… well, you get it.

As for all of us, with or without kids, I’m not sure how long it takes some of these deep-seated (I literally always thought it was deep-seeded… wow) understandings to be deprogrammed, but I have a real interest in seeing characteristics as human, as opposed to male or female. And with that, I’m going to go chug a beer. Just kidding, I hate beer.