We Know One Thing For Certain, by Lexi Hart 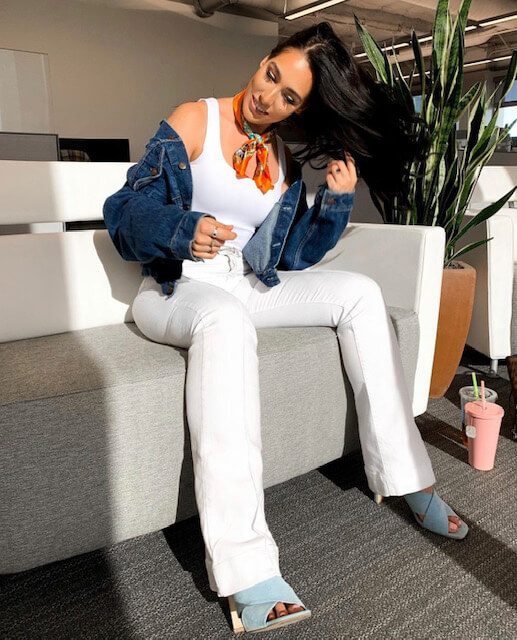 I lost someone I loved a little over a week ago.

Death makes me feel like a part of my soul has left my body and I never feel like I get it back. Maybe I’m blessed to love so deeply, maybe I feel too much, or maybe I’m just dramatic… no, I’m not.

Since I was a young girl, I felt the loss of loved ones to my core. The French say, “tu me manques,” which instead of translating to “I miss you” truly means, “you are missing from me,” and that’s what it feels like.

In this whirlwind of grief, loss and reckoning that I’ll never be able to be able to have another conversation, I realized something… I’d lost the third profound woman in my life.

I felt unbelievably heavy and enlightened at the same time.

It took me a day or two, maybe three, to get to a frame of mind where I could understand the magnitude of those around me who had come and gone, and today, I want to share them with you.

If anything, I do so in the hopes that you can also turn any grief into something that fuels your soul and inspires you to move forward.

The first incredible woman I lost was a great aunt. At the time, I knew I loved her and that was it. She was poised, beautiful, immaculately put together, feisty as hell, and had a quick wit to boot. She’d been married twice – an uncommon occurence in her day – and had raised her children with discipline and grace. Losing her felt like I was being torn apart at the seams.

The second irreplaceable loss was my grandmother. She was absolutely everything to me. I think about her every. single. day. She was a fucking firecrackers – no one could tell her what to do. In a time when it was unpopular, she was married three times and divorced twice. She had children from separate marriages and found the love of her life while she was on a date with another man; he just swooped her from the table and asked her to dance, and that was it.

She was funny, wild, daring, inappropriate, full of life, a fighter, and truly just unstoppable. She challenged everyone and everything regardless of what was expected or respectable. She even lived with the same ferocity for over twenty years without the love of her life by her side. Needless to say, her loss was crushing and I question whether I’ll ever come to terms with it.

As for the most recent departure that’s felt crippling to my soul… I lost a beloved cousin who felt more like an aunt, grandmother, and a soul-connection somehow all blended together. She lived a thousand lives and faced so many hardships; hardships that most people don’t come back from, and got through it all. She made it through deaths, divorce, single-parenting, and unbelievable battles to regain her health. All while building an accomplished career and raising three gorgeous, impressive children. She was a god damn inspiration.

These women were all so before their time – so evolved. They all had infectious laughs, didn’t care what other people thought, and truly just lived.

These were the type of women you read about; the ones you read about in history books – the ones most people don’t have direct relationships with. Not me. My sources of inspiration were in my living room… at times, all at once. They were bloodlines of hope, defiance, strength, pure empathy and grit and they carried it all in a way that no one else could.

During monumental times such as these, I desire nothing more than to see them in person just one more time… to thank them for the path they blazed, for setting the example they did… for inspiring me, for showing me that I’m never, ever stuck, and that I will always be my own source of strength.

Yesterday, I watched a woman of color become the first Vice President of the United States, and I wept. I never saw myself represented in such positions of power until January 20th, 2021.

And then I thought of these three women and I wept some more.

The women before us gave us so much. They took on the world when the world wasn’t ready. They lived through so many things we could never even imagine and blazed a trail so I could confidently walk down it decades later. It comforts me to think we’re doing the same for future generations.

Grief is absolutely brutal and I haven’t even began to understand how to deal with it, but I’m positive I’m not doing it right.

I can say I’m grateful for perspective, though. We have to see the ones we’re around right now… like really see them. Be present, ask them their stories, understand their plight, get to know what they’ve overcome.

The only thing we can know for certain is that we’re all dying… that’s it… that’s all we know. What happens in between and how I affect those around me is what I truly care about, and I hope that one day, a young girl can look at my picture and think, “because of her…”

The power that sentence holds is not lost on me, and I thank God everyday that I have a mother, aunts, grandmothers, cousins, friends, and mentors. I can think of each of them and finish the sentence, ‘because of her…’ a million different ways.

Without all of these women, I’d be nothing, and thus, the grief becomes worth it.