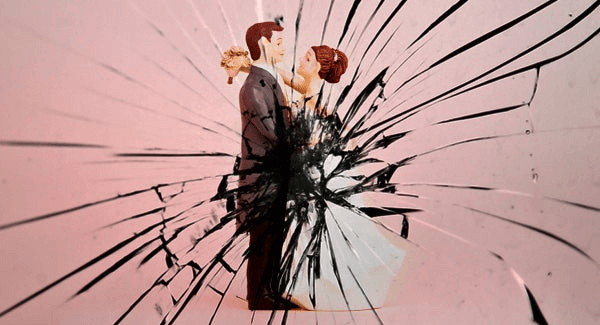 “Freeing yourself was one thing, claiming ownership of that freed self was another.” -Toni Morrison

When Devon asked me to share the story of my divorce, I was initially reluctant because words can only go so far in describing the complexities of my emotions and feelings, which to me, have only become clearer with thoughtful reflection and time. This post isn’t meant to glorify divorce, but it is intended to be a voice for those that have had similar circumstances, in hopes they don’t feel as alone as I did. I will attempt to provide an explanation of my actions; I emphasize ‘explanation’ because so often there is an attempt to excuse behavior because of poor circumstances – that’s not what I’m trying to do here. I want to be open about my perspective on a relationship that should have ended before it did, and ultimately, take ownership of the choices I made to end it.

It’s impossible to explain what happened at the end of my marriage without going back even further, to look at what in my past shaped the way I looked at relationships and conflict. There are many who know how difficult parts of my childhood were; in between all of the amazing and wonderful moments filled with love and care, there were also some pretty traumatic moments that impacted my outlook on love and relationships, way more than I realized. After my parents went through a very tumultuous split, I developed a strong distrust of others, sure that the only person I’d ever be able to rely on was myself. I grew up taking responsibility for everything and everyone. I sought validation through what I thought was success: good grades, “stable” relationships, good schools, not getting in trouble; basically doing everything I thought other people wanted from me. I didn’t branch out or try new things that interested me because I was paralyzed by the fear of disappointing everyone around me.

I met my now ex-husband when I was eleven years old, but didn’t begin a romantic relationship until our senior year of high school. We began dating and he quickly became my best friend – my everything. I loved him more than I had ever loved anyone or anything in my whole life and I clung to him in every way possible throughout our entire relationship. In college, it felt oddly difficult to branch out and meet new people; I didn’t want to disappoint him or lose him, so I made him my priority. At times, I felt isolated and lonely. I loved spending time with him, so I’d convince myself I didn’t need to go out of my way to forge new friendships of my own. This, of course, was not his fault, it was my lack of self-confidence and understanding of what a healthy relationship looked like.

Throughout the last two years of our relationship, I felt like a failure the majority of the time; we weren’t spending quality time together and I started to feel less and less important to him. I wanted to continue developing our relationship, but from my perspective, we both fell short on effort and the positive changes we did make never lasted long. I wanted to feel close to him – for him to talk to me like we once did – to love me, and to notice me. I wanted him to listen to me and be there for me in a very specific way, and I didn’t get that, which as you can imagine, created a negative relationship dynamic between us.

It was difficult for me to be intimate physically when my emotional needs weren’t being met. The lack of physical intimacy was understandably frustrating to him. I felt guilty and confused for not wanting something so important in a romantic relationship, but I was too embarrassed to reach out for help from others. When we argued, it was filled with resentment and anger; we weren’t trying to come to a resolution, we were going in with gloves up, ready to see the worst in each other. I became more closed off emotionally and ultimately, reached a point of no return. What was once my longing for connection then became a feeling of ambivalence.

I craved the personal connection that I didn’t feel from him, so I began to seek it out in other ways. I started improv classes which gave me a sense of community and purpose. I began to develop strong friendships with other women, which is something I hadn’t experienced in a long time. I loved weekday dinners with my family and Sunday dinners with his because they gave me the chance to be social and spend time with people that I thought really loved me and enjoyed my company. These moments got us off the couch, me off my phone and him away from his video games. They gave me an escape from the loneliness that I felt at home, but they still weren’t enough.

During the last few months of our relationship, I experienced a tragedy; one that I don’t feel the need to jump into, as it’s not relevant to this story, but it affected me, and instead of confiding in my husband, I found myself reaching out to someone else. I felt this other person understood me and what I was going through. He was compassionate and easy to talk to; we exchanged text messages and phone calls that went from friendly to flirty. While nothing physical ever happened, I felt the need to hide these conversations from my husband, knowing they would hurt him. I didn’t mean for anything to happen and I never thought I would be “the kind of person” to betray someone’s trust, but no one ever intends to have an emotional affair. At times it feels almost cliche, but I now understand how it can spiral so quickly. It wasn’t until I began having feelings for another person that I realized something was seriously wrong and that I was no longer in love with the man I married.

While I don’t think either of us were without blame, I know that my actions hurt him; I was unable to articulate my unhappiness in a way he understood and I’m sorry to him, if he felt abandoned. There wasn’t a day that went by that I didn’t miss him and his family, but I knew in my heart that no matter what we did or didn’t do, it would end the same way. After the divorce, I kept my distance out of respect for him and his family; I knew I couldn’t expect them to support me emotionally any longer and I needed to lean on those who could see my side of things – those who could lift me up during my rock bottom.

It’s important that my feelings towards my ex-husband are clear – he’s an amazing person and I still hold him in high regard. The love I had for him was real and genuine. I hope one day he can forgive me and look fondly upon our time together, remembering all of the wonderful memories we shared. All I want is for him to be happy, and be loved the way he deserves. I now understand I was always going to be incapable of giving him that love, but I truly feel lucky to have gotten so much time with him; he was, is, and will always be one of the best people in this whole world.. he’s just no longer mine and that’s okay.

I would later read “5 Love Languages” by Gary Chapman, a book that my friend Aly gifted me, and only then was I able to realize how fundamentally different my husband and I were – how my need for quality time was different from his need for physical touch or acts of service. We were both showing each other love, but not in the ways the other needed. This might sound trivial, but reading the book was a huge eye opener for me and I recommend the read to anyone wanting to improve their relationships with others.

Since the split, I’ve been able to forge my own path; I’ve taken huge risks and found my dream job, which I hope will turn into a long, fulfilling career. I‘ve developed a deep love for travel that’s allowed me to immerse myself in other cultures and open my eyes to different ways of life. I’ve become more understanding and less judgmental of others, and can see the beauty in the little details of the world around me. I’ve learned so much about myself and relationships over the past two years, I could write an entirely new post on dating after divorce (Devon, second blog feature in the works?), which would include everything from awkward Bumble dates, to falling in love again and being reminded that even if things don’t work out, I will be okay because my self-worth and identity are no longer dependent on anyone or anything external.

I want to end this post with the same transparency I began with. I have good days and bad days. Most days, I’m happy and optimistic about the future, but other days I’m lonely and filled with a cloud of uncertainty, struggling to determine what my life “should” be. I’m not perfect; I’m fallible just like everyone, but I’ve never felt more authentically me and “I promise that you’ll never find another like me” (couldn’t resist a shameless T-Swift plug).

All the gratitude in the world for you, Raquel. Thank you for sharing your beautifully, raw, authentic story.