The Onslaught of Anxiety 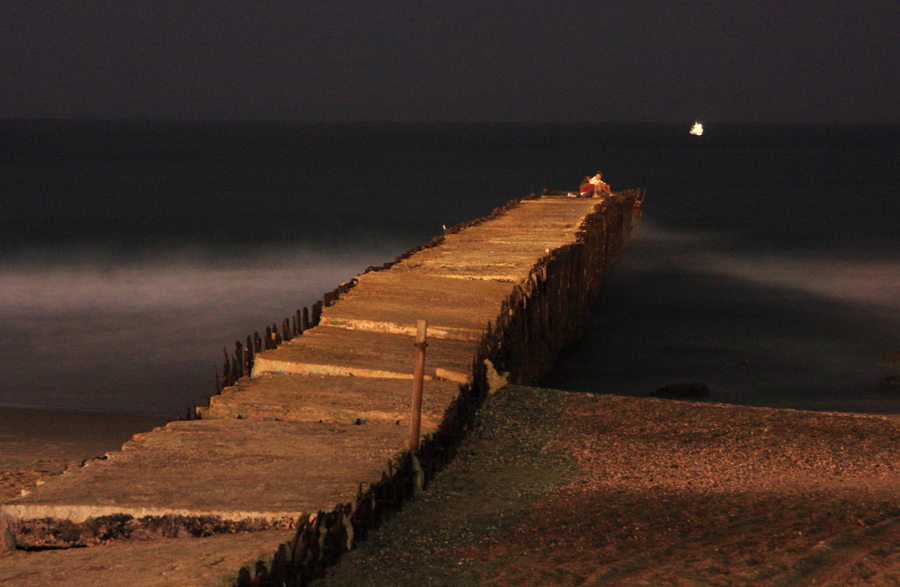 Hello there and happy (I hope) Sunday. I just turned my TV off as I’m about football’d out for the day – I’m losing in fantasy, I missed my picks in another pool, and the Packers lost on Thursday. This is my fifth blog post, so the fact that I haven’t yet mentioned the Packers is actually impressive. But don’t worry, I’m not going down that emotional drain with you today.

Today I’m going to pretend I’m on stage introducing the award for best original screen play… actually, that wouldn’t make sense because the presenter doesn’t prepare a speech for a single person. I’m going to pretend I’m on stage nonetheless, presenting an award to my friend, Megan. Megan came to me with a question for the CWAQ (yes I’m abbreviating) audience, which was ‘have you ever suffered from crippling anxiety?’ – a resounding 76% responded ‘yes’. I then received the opportunity to help share her incredible story; *warning*, there were many tears shed in the drafting of this, so hopefully you’re wearing waterproof mascara. Without further ado, please welcome the beautifully strong, Megan Rasmusson.

As Devon mentioned, my name is Megan Rasmusson. I’m 29 years old and was raised in Scottsdale, Arizona. My parents divorced when I was seven, but I always had a great relationship with them both. Growing up, I was your typical girly girl; a princess, if you will. I had blonde hair, that was permed… yes, you heard me right – permed, and it was always doused in Aqua Net hairspray (possibly why I grew up to be a hairstylist). Obviously, I was on the dance team and twirled baton for many years. My mom hand sewed my dresses for each picture day, and my dad, nicknamed anal Andy for his perfectionism, absolutely hated when I played in the dirt or sand… where was the Dyson V8 vacuum back then?

I truly can’t recall having a care in the world through my youth, with two of the most supportive and loving parents a girl could ask for. I was with a group of my closest girlfriends every weekend, eating ice cream, painting nails, and cutting out pictures of Johnathan Taylor Thomas from magazines. I never felt less than at school, as I was always up to date on the newest Abercrombie & Fitch garb, and my family vacations were definitely worth mentioning at the start of a new school year.

Regardless of anything external though, what really brought me pride were my friendships; to this day, I’m still best friends with girls from elementary school, though that doesn’t mean girls I’ve met since aren’t in the same bracket. I love Mindy Kaling’s take on best friends… she says, ‘best friend is not a person, it’s a tier’, so when I connect with someone, it’s very special. I actually met a couple of my close friends at someone else’s bachelorette party, and they ended up at mine… you can imagine how many people were at this special event.

Despite my fun, loving nature though, in year 29, I’ve come face to face with something crippling… anxiety. I struggled even putting that stamp on what I was experiencing until I allowed myself to sit back and analyze my reluctance; my reluctance to go out with friends, go to a family BBQ, or sometimes, to even leave the house. As you can conclude, anxiety wasn’t something I ever struggled with; in fact, for a long time, I didn’t believe the affliction was something people should give so much credence to – I just thought people got nervous, and to be blunt, needed to get over it.

Some of you reading may already know my story, or why I’ve been faced with something so debilitating… for those that don’t, let me share with you.

Four years ago, the day started just as any other – my alarm went off, I brushed my teeth, took a shower, and got ready. I was traveling to San Diego for Labor Day weekend and my dad was supposed to meet me out there the following day. I was so excited for a long holiday weekend with him, as it had become a tradition for us to spend LDW together for as long as I can remember. After landing, checking into the hotel, and unpacking my suitcase, I grabbed an Uber to George’s At The Cove – I sat on the pier overlooking the ocean as I grazed my chicken salad. I remember being mesmerized by the water – it was glistening in a way I’d never seen before, so I snapped a picture and sent it to my dad. A few hours passed – no response – this was unusual, as I typically heard back from him within minutes. Shortly thereafter, I got the call… the phone call that would change my life. My father was gone – he had been taken from us, at only 68 years old. He didn’t get into a car crash, he didn’t have a heart attack… someone purposefully took his life, and then took their own.

I will never forget the feelings that went through my body; I was driving when the police called, telling me to pull over as he had to deliver some news that would be hard to hear. The road was only wide enough for one vehicle, so I did my best, noticing a black Honda Civic as the car was put in park. I opened the car door and collapsed onto the rough gravel as I heard his dreadful words come through the speaker; my body went into shock, my hands were no longer my own, and it felt as though I’d ingested poison. As I began hyperventilating, my vision was blurred with tears, which wouldn’t go away; I couldn’t wrap my head around this sudden new reality. The overwhelming sense of how the world was still spinning but mine was standing still just wouldn’t compute. I just talked to him and he was fine – we were going to spend the weekend by the water, eat at our favorite restaurants, and make new memories…

I have no recollection of how much time passed, but as I got up, the man from the Honda walked over and asked if he could give me something; he handed me two stones with a feather in between, telling me it will help through the tough times. I would later come to learn one was pyrite, symbolizing protection, and the other rose quartz, which represents a healing heart – the feather, for his angel wings.

Once I got back to the hotel, I somehow managed to throw everything into my suitcase and make it back to Arizona. I realized my world was one I didn’t recognize anymore and the thought of leaving my house became overwhelming. Luckily, I had friends that would come by, not even to talk, but just to sit by my side so I had someone with me. I split up with my then-fiancé which only exacerbated the endless state of panic I felt, and I constantly hoped my dad would open the front door and come hold me as I lay crying on the couch.

I now had the misfortune of understanding how paralyzing anxiety could be. With every loud noise, I felt myself flinch with fear; every time I walked to my car, I found my heart rate spike, and sometimes, I would just be watching a movie and the panic would flood through my veins. Even texting or calling has become a trigger if it’s unanswered for too long – my mind goes from 0-100 in seconds. Life as I once knew it, is over.

As time has passed though, I’ve gotten stronger; I’ve become more self-aware, but I’m still reflecting, still healing, and still having conversations with people to help me cope. I’ve come to terms with how short this life can be, and how a loved one can be with you one minute and gone the next, but I still feel restless all the time – I’m not sure it’s something that will ever fully go away, but I can say writing this out has brought me a sense of relief that I didn’t think would come.

I will end with a message to my dad – I love you, dad; you were the best father a girl could ever ask for and I cherish every moment we had – I know you’re watching over me and guiding me through this life; we only part to meet again.