Show Me The American Dream 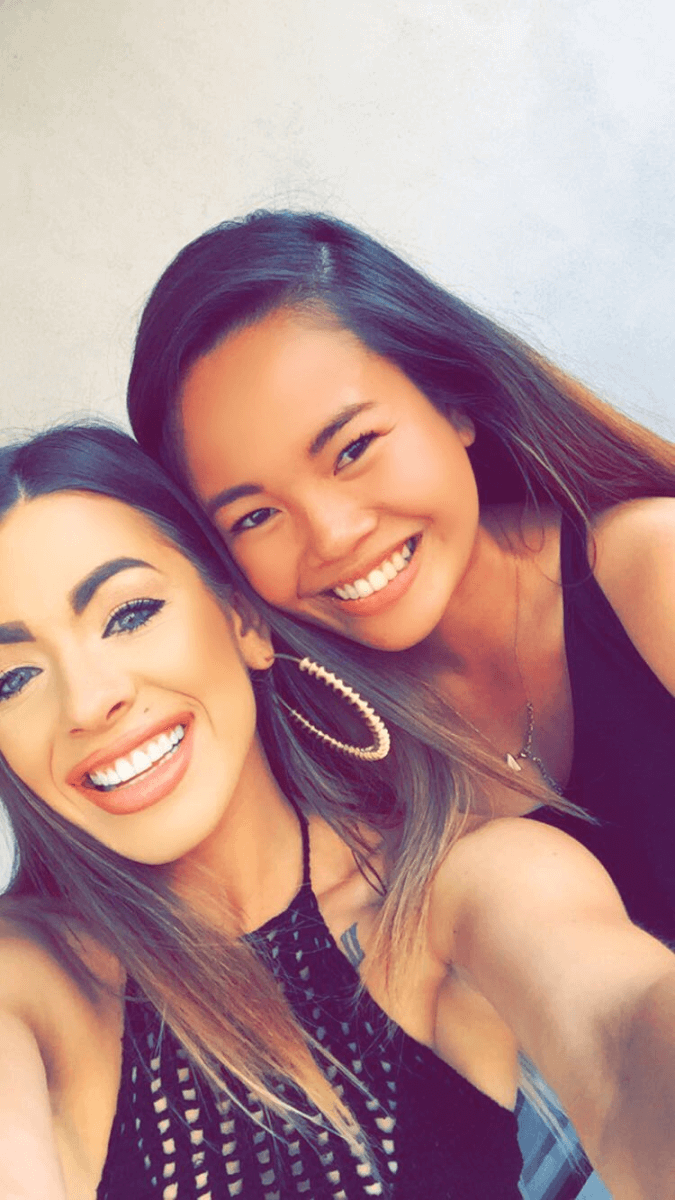 Hi guys! My name is Denisse Thomas. I am 27 years old and I was born in Manila which is the capital of the Philippines; I grew up in the province of La Union which is just over 4 hours from Manila. If you aren’t geographically savvy, the Philippines is a small country located in Southeast Asia surrounded by the Pacific Ocean. I want to say that I grew up in a traditional loving family but that was not the case. My grandparents on my dad’s side took care of me until I was about nine or ten, as my mom left when I was six months old; she went abroad to work so she could provide for me financially. My dad left even earlier than that – what luck.

To give you some perspective, as to why it was so important for my mom to work overseas, we’ll dive into my childhood. I grew up poor, like really poor… my mom was not only providing for me financially, she was paying for my grandparents’ cost of living, and by living, I mean just getting by. My grandparents, myself and my cousin were in a two bedroom “apartment” on the tenth floor of a building without an elevator, which was a brutal undertaking some days. My cousin and I shared a twin bed in one of the small rooms, as well as clothes, shoes, and the few toys we had. When it was finally time to buy new clothes, we never agreed on an outfit – I liked frills, lace and dresses, while she preferred jeans and t-shirts. I preferred a Barbie doll to her rolling around in the dirt.

After school, I would often go to my grandparents’ failing shop; I actually don’t even remember what they were selling, but I was there often as I didn’t have many friends. Being shy, for me, meant I didn’t get to have sleepovers, which also meant I’d never had that typical ‘paint nails, braid hair, and cut pictures out of magazines’ type of experience. Actually, for a while, I’d say my cousin was my only friend, well, and my grandparents, if you want to include them.

My grandma would always take me to wander around the market so we could spend the afternoon cooking, which would become one of my greatest joys. We would chop vegetables together, and she’d teach me something new in the kitchen every weekend. She was always so loving and patient with me and I know it brought her so much happiness, seeing me latch on to something she always had a passion for.

As the years went on, my mom was around more. I remember watching her study for her nursing exams nonstop, so determined to bring us to the United States. And that day finally came; she’d passed her tests and announced we were moving to America! I was twelve, and always heard about the “American Dream”, so despite the heartache I would feel to leave the life I had become so accustomed to, I couldn’t contain my excitement. I would have a better… everything! I would be able to eat different foods – burgers, steaks, ham, fried chicken, pasta… anything but rice! I’d also be able to experience all four seasons, and see snow!

Seemingly the next day, were were moving in with my Great Aunt in Michigan, just until we were able to settle into our new world and get a place of our own. I remember sleeping a lot the first week due to the 15 hour time difference. After that, it was just a circus, meeting every relative we had living in the United States, being bombarded with “love” from family members that were strangers to me. It was extremely overwhelming, though a part of me felt some relief, knowing we weren’t alone in this new world.

I actually think the weather might’ve been the most difficult thing to acclimate to since we’d never experienced winter in the Philippines; I remember feeling the cold chill, seemingly inside my bones for the first time, thinking I might freeze to death. But that’s not all I had to adjust to. When people talk about the American Dream, they don’t mention that you’ll get bullied for your accent… I knew what people were saying and I knew how to speak English, but I wasn’t fluent. I was mocked day after day, and my clothes weren’t right either. I remember begging my mom to buy me Hollister t shirts and skinny jeans so I could fit in.

And the food… what a shock to the system. I was used to eating rice and chicken so once I was able to frequently consume pizza, burgers, pasta, steak (I could keep going), my tastebuds were in heaven. But, I felt myself resenting all of this change so quickly; I missed my family back home and felt like I’d been fooled. Aside from more food options, what was so great about America?

Towards the end of eighth grade, right when I was just starting to get along with some of my classmates, my mom told me we were moving again. Okay, now I really felt like I was getting Punk’d (hello American reference)…

We would be moving to Tucson, Arizona – a place I would initially describe as ‘brown and hot’; I never experienced a true dry heat was until moving there, and my skin felt it, but I knew moisturizer couldn’t be my only friend so I made a conscious effort to put myself out there and build some relationships because I would not go four more years feeling isolated… and it worked! This girl in my class, Lorrian, introduced herself to me and started inviting me to movies or sleepovers every weekend; I would soon become best friends with her and her group of girls, as they actually accepted me and helped me embrace who I am.

In Tucson, my mom and I lived with her boyfriend, who would later become my step father. One reason I was so frequently enjoying sleepovers with my new friends, is because her boyfriend was an alcoholic; he was hospitalized a couple times my freshman year, which later escalated to needing full-blown rehab in Prescott, Arizona – about four hours North. Ultimately, my mom decided she was done driving that far every weekend, so she made the executive decision that we would move, again.

My step father quickly immersed himself in all things recovery, and would become a house manager after graduating treatment, which is how I met my now-husband, Kevin. He would play basketball with a group of guys and invite them over to the house for a home cooked meal in an effort to provide them with support while keeping an eye on them. Kevin would become a frequent guest, and at first, we didn’t really communicate, aside from casual pleasantries, but within a few months, we found ourselves drawn to each other. We’d stay up all night talking about nothing, and everything; I remember he didn’t show up for dinner one night and feeling sick, like something was missing. Looking back on it now, I guess you could say that’s when I “knew,” though we didn’t officially start dating until about a week after my 19th birthday; we’ve been together ever since.

Fast forward five years and we’re celebrating our anniversary in Jerome; one might think I should’ve known he would propose on this trip, but the thought really hadn’t crossed my mind. After dinner, he anxiously asked if I wanted to go watch the sunset; obviously, yes. He stood behind and wrapped his arms around me as the sliver of orange and pink sky turned dark. I could feel him trembling as he turned me around and got down on one knee; all I remember after that was how much I cried, how fast my heart was beating, and how I couldn’t wait to spend the rest of my life with him.

We briefly discussed kids throughout our relationship, but after the wedding, we agreed – time to try, and what do you know? Five weeks after our honeymoon, we were pregnant! I won’t romanticize those feelings, because what came four weeks later was devastating… I would experience a miscarriage, which, in my opinion, people don’t talk about enough. I didn’t know many women miscarry their first time, or even first few times. Anyway, we didn’t try again for months; I was so worried there was something wrong with me – that I wouldn’t be able to bring a child into the world. I did not want to go through that flood of emotions again. But, in June 2018, a little voice told me to go buy another test, so I did, and it told me I was pregnant, again. This time it stuck, though I could’ve done without the constant nausea, bloat, and inability to keep food down.

That brings us to the eve of our little Hudson’s birth – I started having contractions around 37 weeks, which were the most brutal cramps I could imagine. I was too early, so I chalked it up to Braxton Hicks and essentially ignored it, as they’d come up every so often in the weeks leading to our hospital trip. Our little guy would not be ignored though, as my intense cramping told us he was ready to come out. I was in labor for over twelve hours; we had plenty of scares and shed plenty of tears in that delivery room, but on my final push, I heard him cry and saw his head. I began sobbing as the nurse handed him to me; I never knew I could love something so much. I would hold his tiny little body against mine and look up at my husband, crying by my side, and I knew, this was my American Dream.