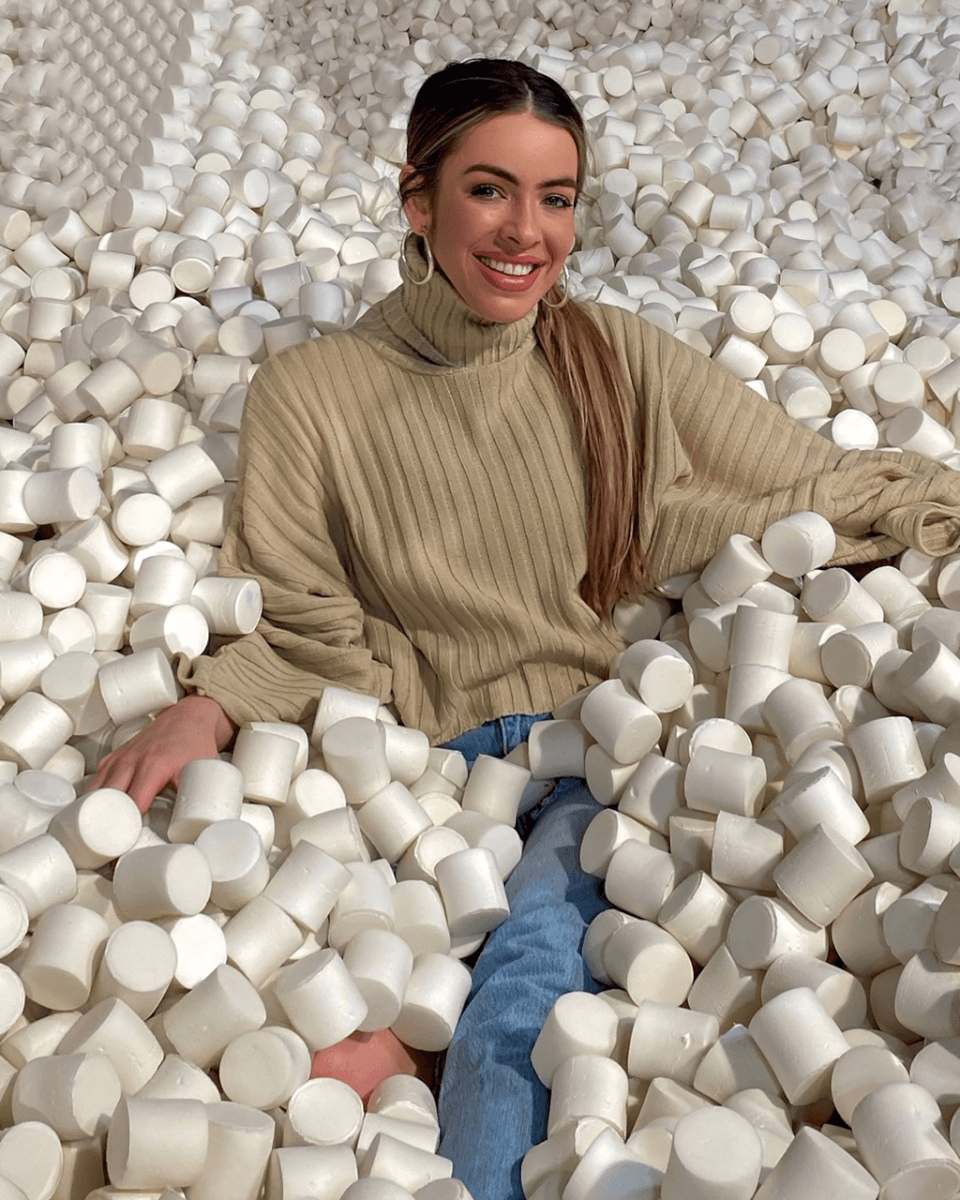 I’ll never forget one of the first compliments Matthew gave me… it really struck me as I hadn’t been in a relationship with someone that recognized it before. He said, “I find your work ethic very attractive.” To be fair, it was probably much more appealing than my dyed red hair that faded into a burnt orange hue which contrasted so nicely with my over-penciled eyebrows. No, I will not be inserting photo evidence here… instead, we’ll jump back further in time.

Since I was a child drinking the Kool-Aid… literally, actual Kool-Aid, I’ve been motivated by a checklist.

The satisfaction of crossing something off a list was (and still is) palpable.

I will give my family a lot of credit for how I was raised, but I also believe that self-motivation is something people just intrinsically have. My uncle explained it as a vibrational pattern that I should always stay in sync with. NSYNC… that’s Jordan’s favorite band, and I recently listened to a Bachelor podcast with Lance Bass in it. Lance Bass was born… just kidding, no, we’re not going down that path. But seriously no Bachelor spoilers – we’re not watching it until Thursday and the anticipation might actually kill me.

After my first job – a brief stint in telemarketing – NOT FOR ME, I started coaching gymnastics. I loved incorporating my knowledge of the sport with my passion for dance and I really loved working with younger kids that had the hunger to learn something new and challenge themselves to get better each and every class. I coached at three gyms over the span of five years and took my role as a teacher seriously. I built a strong rapport with the girls and their parents and felt like a part of me stayed with all of them when I had to move on.

I moved on to DSW due to locational necessity, which brought out my perfectionistic tendencies in the worst of ways… sure, it’s your typical (massive) retail store, but we were rewarded when we got those rectangular pamphlets filled out, adding yet another “fashionista” to the rewards member list. So, for those who were just dropping in and had no interest in returning or signing up for the beloved coupons, you better believe I was applying my mom’s rewards number so she could get the points. Go ahead, judge me, but if you knew how much she loves shoes, and if you had my need to please, you’d do the same thing. I’m sure it goes without saying, but my stint at the Designer Shoe Warehouse was short lived, however I did get the experience I needed to move on to my next gig.

Here’s where my work ethic took… another… turn, we’ll say.

At 19, I started working at the Victoria’s Secret at Scottsdale Fashion Square. Something about working there felt prestigious. Sure, I was lining up underwear or spending too much time making sure the spacing between each lingerie outfit was exactly the same, but when I worked in the dressing room, measuring older women and bringing them the perfect bras, gabbing about what I want to do with my life, I felt at ease. Again, approval is a constant theme that strings throughout my life… this time span being no different. When the women would hug me after trying on their 15th bra, deciding they would purchase everything, telling me I could do anything I wanted with my life, I would feel my adrenaline spike. And when these women actually took the time to fill out a survey about my stellar performance, my dopamine levels were sitting pretty. But as I said, there was a dark turn. After a few months of walking by Tiffany & Co. and getting some free bras, I guess you could say I was lured by something else. My unhealthy relationship had turned my brain to mush – I literally just stopped showing up to work. Days turned into weeks until I decided to call and feed the manager some bullshit excuse that she was not buying.

With that, it was sayonara to the pink world that is Victoria’s Secret and welcome to the flashing lights world that is… drum roll (or EDC beat, more fittingly) … night clubs!

At this point, my comfort in talking to strangers was high and my scrambled brain remained. I loved it, though. The loud music, the skimpy outfits, the rich men that would become regulars, and of course, the friendships. I could write a novel about my time in the industry, but for now, I will simply recognize the world for what it was. Most people in the clubs had a hustler’s mentality – everyone had to book tables, have guests show up, sell bottles, upcharge for better bottles, bring shots, and flirt just enough to get tipped well but not flirt too much to where they expect you to come home with them. A fine line.

My morals were often put into question; myself and most of the girls I worked with had to let a lot slide off our backs, or rather, our ass cheeks that had to be out every night. But as much as I can fault the degrading world that is Old Town Scottsdale at night, I wouldn’t take back a single thing… I learned how integral each person was to ensure everything operated smoothly. I learned how to talk to people, how to work as a team, how to build a business and how to destroy one.

Like one would with no office experience, I started in an entry level position. I took to it quite easily and was able to show my abilities with the numbers I put up… within weeks, or maybe a couple months (seriously, I’m so bad with time frames), I was promoted to a supervisory position in another department. I was talking to customers and meeting them in person with regularity. I really enjoyed managing people and taking it upon myself to facilitate an environment employees appreciated being in. Within a couple years, I was promoted again; my first task was to travel to California to visit and educate our clients throughout the state, which was terrifying. Sure, I’d felt comfortable talking to people, but the weight of an entire education to set up companies to be successful was heavy. Once I made it through, though, my confidence continued to rise – I took it upon myself to be as educated as I could be, which opened the doors for new opportunities within the industry, becoming the Chairman of a non-profit committee, and a Board Member that would advocate for companies across the country.

My confidence and drive ultimately pushed me to start this blog, which I know will catapult into something even more rewarding because that’s how life works, I’ve come to realize… effort always yields results. Maybe not the results you had envisioned, but it’s always what you need (cue ‘You Can’t Always Get What You Want’ on Spotify).

And with that, I feel we’re at the perfect place to wrap. Another item off my to-do list – call me Marie Kondo. No, she’s famous for cleaning, not lists… call me George Foreman, cause I’m selling everybody grillz. Nope, still not right. Just call me by my name. Damn, I still need to watch that movie.