Once Upon A Time In… 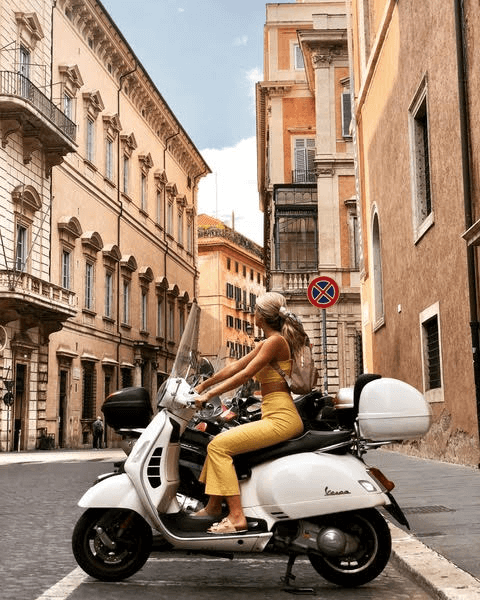 My name is Mikyla Harter, I’m 25 years old and I grew up in Tucson, AZ. My immediate family, which consisted of me, my mom, my dad, and my three older sisters, were always tight knit.

In addition to spending mundane, but quality time together, we were often out hiking as a family, and of course had unforgettable road trips. We were home-schooled, so my parents could be more intentional about how we spent our time, making sure everything we did had a purpose. You may think this route sounds stuffy or doesn’t provide an opportunity to forge new relationships, but we were part of a large home-school group. We made trips to Kartchner Caverns (a beautiful state park in Arizona), the Sonoran Desert Museum, and would go hiking together through Sabino Canyon.

At one point, my parents invested in a camping trailer, which was very exciting, but my sisters and I would still bring a tent so we could get the full experience. In fact, we loved the adventure so much, we often set up the tent in our own backyard and slept out there for days in a row. As we laid out there with the stars above us, I would always pretend we were in a new place, which is likely when I recognized my love for travel. I remember when I was 11 years old, I bought one of those large world maps so I could put the red pins on where I’d visited and the yellow pins to show where I wanted to go. My parents announced we would be taking a family trip to Europe for 30 days… 30! I was fascinated by history and begged for a pit stop in Stonehenge, which was four hours out of the way, but it was important, and it was the first item I crossed off my bucket list.

Fast forward 10 years and a few Rocky Point trips later, I met my boyfriend, Kyle. He would take me camping every weekend and we’d go on road trips to San Diego or Moab, Utah. Before I knew it, my travel bug had re-sparked and within 14 months, I’d traveled to 12 different countries, mostly with him, with a few girls trips in between. Traveling as an adult has a much bigger impact on me than when I was a kid, however some of my favorite places still to this day, are those I visited as a child on that 30-day Europe trip.

One of the biggest eye openers for me this last year was visiting the Dominican Republic. We stayed at a big private resort in Puerto Plata, about two hours from the airport, and on the drive to the resort you could really see the poverty. Every single building, house or business, was small, with dirt floors, and no air conditioning. We saw women and new-born babies riding on the back of mopeds to get around, with no helmets, in a traffic system that was not well operated and quite frankly, dangerous. We were told that a good job in DR paid $8 per day. That’s right, per DAY. And that would be for a family of 5-8 living under one roof. And by roof, I mean four walls, with a stove, a few blankets and pillows spread out as a makeshift bed. The worst part… when we pulled up to the resort, it was IMMACULATE. I’m talking white marble floors, chandeliers, champagne greeting, “yes sir, yes ma’am”, here’s your own golf cart to get around, the casino and private beaches are around the corner. We were treated like Royalty; everything was included and we even had a private chef cook a giant breakfast for us every morning. We always tipped the waiters and concierge, but only a dollar or two because if you tipped more than you should, you could inflate their already fragile economy. I couldn’t wrap my head around it.

During our time in the Dominican Republic, we met a sweet man who’d been working and saving to build his own house for a few years. He showed us a picture of what he’d accomplished up to that point, which was half a wall of cinder blocks and rebar – he was so proud of it. This guy had spent his life treating Americans like kings and queens, while right outside the resort walls, his country was impoverished. Yet, he was one of the kindest, happiest, and most genuine people I’d ever come across. He was appreciative of everything around him – especially his family and his job. Everything we generally consider banal was a blessing to him.

This wasn’t the only place that put things into perspective for me… when we traveled throughout Europe (Italy, France, Spain, Portugal), almost everyone who was born there had never been outside their hometown, and certainly not to America. I also found it interesting that no one in Europe seemed to understand “United States,” but if you say “America,” their face lights up; you can almost see the Hollywood sign in their eyes.

If I had to pick a favorite country I’ve visited up to this point, I would choose Belize. We went to a little Island off the coast called Ambergris Caye (pronounced Key), which yes, was another eye-opening experience in the way people live. We passed by a small house on stilts, surrounded by dirty water and no door. But still, everyone seemed happy, and were very kind. They risked hurricanes that would destroy their homes every year, but loved their life. They ate the freshest seafood you’ll ever taste and lived amongst the most beautiful water and beaches; it was a small community and you could see that simplicity was what made it perfect.

As we know, American is the land of opportunity. I’ve learned most people think the entire country is like NYC or LA… which, when you put it into perspective, they’re right. We’re living in a world where everyone has an iPhone and resources are abundant. Most people here have traveled to different states and countries and couldn’t even imagine the simple life led by the majority of the global population.

That said, I think everyone should travel. Not only does it provide an appreciation for your own life, but it can bring awareness… not to mention, amazing food.

So, if you do have intentions to travel in 2020, or the years to come, be mindful. Do your research on the proper way to interact with the locals, i.e. – tipping, using their language as much as possible, any cultural differences, saying thank you (but not overdoing it), and of course, being careful with their resources. A lot of these beautiful destinations depend on tourism for their economy, but if they become overpopulated, it could destroy the fragile ecosystem in place.

I would say the biggest takeaway I’ve gleaned up to this point, has been the use of animals for tourist attractions. I fell short when we rode camels in Morocco, as it wasn’t until we went to Thailand and started researching the Elephant sanctuaries, that I realized what many companies do to make money. At the end of the day, though, we are in their world, and we have to respect that.

So here we are, I feel like I could go on and on with travel stories. My heart beats a little faster and my eyes get big when I talk about adventures. I could almost call it an addiction… once you start, it’s hard to stop. That being said, I have quite the bucket list, and this year I’m planning on a few more overseas trips, as well as my first visit to Canada this summer. My travel buddy, and one of my best friends wants to go to Aruba, and I’m trying to convince Kyle to let me go on his boy’s trip to Peru (everybody flood him with pleas on my behalf)!

I know traveling, especially overseas, can be daunting, but I have lots of great tips and tricks, so if you have questions or need a recommendation, I’m your girl!

Lastly, a huge thank you to Devon, for creating such an amazing blog, and an even bigger thank you for letting me be a part of it!