Mental Health All By Yourself 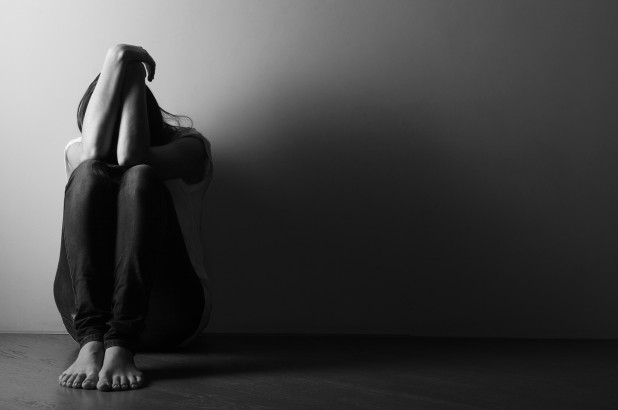 To begin, I want to say that I not only started writing a different story, about my personal mental health journey, but I finished it. Something about it didn’t feel 100% right for the topic though, as it combined relationships and childhood trauma – two upcoming avenues we’ll be exploring. So, I’ve started from scratch after seeing the results from Tuesday’s question, “do you feel you were adequately educated on mental health in school?” – this would be in elementary school, middle school, and high school. I was ready to say every vote was a ‘no’ but we did have some last minute submissions which put us at 97% of people saying they do not feel they were adequately educated on mental health while in school.

I’m sure many of us remember our parents yelling to “go play outside” on the weekends or during summer break – luckily, we had neighbors around the same age as me, my brother and my sister. We rode bikes, we made a tree house that wouldn’t stay up (but honestly, the building of it was the most fun anyway), we jumped on the trampoline, choreographed dances (okay, that was just me), we’d catch horny toads, and sometimes we’d just race each other up and down the road – often barefoot, to make our chances of injury even higher. Point is, being outside was important, which was validated through elementary school, when we had recess… recess, where I learned “Miss Mary Mack,” and “Miss Suzie Had a Steamboat.” I’ll let you finish that song before continuing… ready? Okay…

Physical education was also required throughout middle school and high school, which I’m all for. I’m a smidge competitive, so I loved running the mile every week, seeing how far I could push myself to beat my previous weeks’ time; we played dodgeball, capture the flag, badminton, and we even learned how to shoot during archery week (is that just an Arizona thing?). Physical education was a tool that helped me learn how to work as a team, how to strategize to beat your opponent, and most importantly, how to shoot something with a bow and arrow… kidding – my dad only wishes I would’ve gone hunting with him…

But as we’ve seen, with school shootings or displayed through our televisions, with shows like 13 Reasons Why, the other side of the coin (mental health) is something our public (and private) school system has seemingly always lacked. According to The National Alliance on Mental Illness, they estimate one in five people live with a mental health disorder or disease… ONE IN FIVE. As you can imagine, many of these people don’t have the confidence to ask for help and don’t have the tools available to know to address the affliction on their own, which can lead to self-harm + a life of substance abuse. Obviously, the economic burden of this is massive, with productivity losses, and enormous criminal justice expenditures. And while I don’t want to bore you with a post about mental health statistics, I think it’s important to show just how big of an impact the lack of education can create.

I personally had the good fortune of growing up in a setting that allowed me to ask questions or express my feelings without fear of being judged, but I know not every child was as fortuitous, with many being exposed to neglect, domestic violence, financial strain, divorce, etc. But even with the opportunity to talk about things with my family, when I felt anxious or depressed, I would seclude myself, taking to my journal to write about how “no one understood me.” I will speak for myself here and say I know I would’ve felt better if mental health was discussed openly in school; I would’ve felt less alone during my suffering, which again, was not often, but I was still embarrassed to even say I felt sad at times, because society told me happy girls are pretty girls and vise versa. I would also feel like my problems weren’t big enough to warrant a conversation with someone – I wasn’t getting abused at home, no one was bullying me in school… what right did I have to visit the school counselor because I was feeling a little sad? This mindset persisted throughout high school, where I was still overall very happy – I was on the pom squad, I enjoyed studying to earn good grades, I had lots of friends, and I got along with my family (except the times my dad thought my clothes were too tight); I would just have some days where the world seemed to hold a gray sheen over it.

So, still without the proper tools once I graduated, I headed off to college at ASU, and I went through two less than ideal relationships, which taught me a lot – I wrote about said relationships earlier this week (the story I was going to post in place of this one), so I’ll save the details and simply say I was manifesting poor qualities in a partner that I hadn’t dealt with in myself. Once the last relationship ended in dramatic fashion, I was essentially forced to look at my side of the street and work through some of the murky waters that I kept pushing aside because I didn’t want to take the time to “deal.”

In writing this post, spoke with a few people about what they would want changed in the school system, to incorporate mental health awareness; they all agreed it should start early on – as early as preschool, to simply recognize emotions as they come up, allowing kids to feel what they’re feeling. Could you imagine getting a paper cut and being embarrassed to ask the teacher for a band-aid? No… of course not, and that’s what I wish for mental health – to normalize it in such a way that zero shame arises when the gray cloud washes over everything, or to know they’re not forced to carry the full weight of an anxiety attack on their own. With that said, my wish is for all states to integrate mental health teachings as part of health class; health class could include the full cycle of mind and body – our thoughts, what we eat, and how we exercise. ***Calling all state senators that I’m sure are reading Coffee With A Question – put this plan in to action immediately.*** But really, New York put a mandate in place last year, requiring mental health education for all students, and is implementing state-wide programs to work on destigmatizing mental health issues; NY often tends to set the tone for the rest of the country, with food, fashion, architecture, etc… so let’s hope the other states follow suit with this monumental change.