I’m Not in Kansas Anymore – by Julia Briars 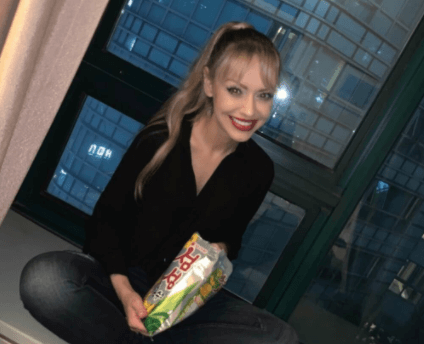 Moving to South Korea was the hardest thing I ever did.

I’d never been so far away from home for such a long period of time. I assume it would have been easier if I were in a larger city like Seoul, but I was placed in a very small town called Yeongam in the Jeollanamdo Province. Jeollanamdo is located in the Southwestern part of Korea.

Living in this small town… or more accurately, village, really made me appreciate everything I had back home. Things I used to take for granted like having a car, a dishwasher, a dryer for my clothes, Hot Cheetos, an oven, and best of all, the sunshine.

I mostly grew up in Arizona, so I’m not used to rain or natural weather disasters aside from the welcomed monsoons.

In Yeongam, because the local bus didn’t run close to my school, I had to walk thirty minutes to work every morning, so you can imagine my terror when there was a typhoon.

I quickly realized the value of owning a vehicle. Do you know how nice it is to buy food from Sprouts, take the cart to your car and pack it up nicely for your drive home?  Well, I didn’t until I had to walk to the store, which was not close, which meant I had to be very picky with what I selected and was willing to carry back; also, if I wanted something particular like avocados, I’d have to walk to the nearest bus station so I could get to the nearest city, which was an hour away.

So, you best appreciate your avocados, people!

I grew extremely homesick after a month and that feeling never really went away.  As a foreigner (they use that term instead of tourist), I was stared at a lot and my social anxiety was at an all-time high.

Let’s rewind, though, I haven’t even introduced myself.  I’m Julia Briars, I’m 31 and I’ve lived all over the world; I was born in Sochi, Russia before relocating to Belarus, followed by Iceland.

I can’t recall many stories from my time in Iceland, just that there was this raw egg drink my mom always made me drink which was supposed to be good for my immune system, but it was literally a raw egg… my stomach still turns when I think about it.

At seven years old, my mom and I packed up and moved to the United States… the land of the free… more specifically, Michigan, then Texas, then back to Michigan, then at sixteen, I arrived at my new home in Arizona.

Because I was still so young when we arrived in the US, I wasn’t really affected by a lot of the differences. I do remember being shocked by the fact that no one took their shoes off when entering a house, though.

In Russia, you must take your shoes off as a sign of respect. Also, in Russia, it’s custom to offer your guests food and something to drink. I think a lot of my friends were pleasantly surprised when my mom would insist on making them a meal before they went home.

My real dad wasn’t in the picture, and my ex-stepdad was emotionally and verbally abusive, though my mom never let me experience the brunt of his wrath.  He had two kids that wanted nothing to do with me or my mom… let’s just say they were not too pleased that he’d remarried. All that to say, I would definitely consider myself an only child.

Over the years, my mom and I traveled all over the world so it should come as no surprise that I developed a lust for exploration, and why I was so comfortable studying abroad. During undergrad, I had the chance to study in Ireland, Scotland, and England.

After realizing paleontology doesn’t involve creating dinos from prehistoric DNA (kidding), I remember wanting to be a flight attendant so I could always immerse myself in new cultures.

Only one part of that yearning faded, and I would ultimately decide to study Journalism and Communications at Arizona State University, which I loved.  During my last semester, I interned for Fox 10; it was an incredible experience, reassuring me that I was on the right path… or so I thought.

After graduation, I had my first adult job, as an MMJ – Multi-Media-Journalist, in Hastings, Nebraska.  Saying it was ‘stressful’ would certainly be an understatement; I not only had to create the story, I also had to drive myself to every interview, conduct the interview, and actually shoot the interview, then put it all together within a very short window – all of which is typically done by a news team, so yeah, I was in way over my head.

Predictably, my mental and physical health took a nosedive; I was so alone in Nebraska, in this highly competitive and often misogynistic market. I decided that my health was worth more than anything this work environment could offer.

So, I moved back to Arizona, where I found a job in property management; that felt much healthier and more peaceful. A few years later, though, I decided it was time for another change.

In a quest to broaden my skills and international work experience, I searched for opportunities overseas. I kept hearing great things about South Korea’s offerings – specifically, how well organized they were and how well they developed the government-sponsored teaching program.  So, I decided to apply; I wanted to challenge myself and place myself out of the comfort zone I felt I was slumping into.

Surprise – I got in!

I had an early flight out of Phoenix to Los Angeles at 6am and when we landed, it was about 5pm in Seoul, which is 16 hours ahead. I was extremely jetlagged and by that point, I was up for over 24 hours, barely able to carry my suitcases to the Air BnB.

When we finally arrived (after getting lost, naturally), it was like stepping into a shoebox – I’m not being dramatic – I’d never seen anything like it.  We couldn’t even fit our suitcases in there.  I booked a room at the hotel across the street and desperately hoped my actual living quarters would not be this… claustrophobic.

As beautiful as my new environment was, the burden of not speaking Korean was heavy; I was told I didn’t need to know the language, which could’ve been the case in Seoul but if you’re in the countryside, you’ll definitely need to know the basics, and you’ll certainly need to know how to read.

While I’d like the focus of my story to be about my great experiences outside the U.S., I would be remiss not to touch on the trauma I experienced, as it’s now a deep part of my story.

It was my first day of work in South Korea.

I’d signed up to teach at a separate travel school once a week, which is where I was physically and emotionally assaulted by a much older male teacher.

I don’t want to go into too much detail, but I will say I was so impressed by the way the school supported me through the process. They assisted me with my report to the police department and did everything they could to make me feel safe in this brand new environment.

Was I tempted to go back home?  Sure… absolutely, but I worked so hard to be there. I couldn’t let that person take the experience away from me, so I pushed through with tenacity, and I’m so glad I did because I made strong connections with new people and got to learn so much about myself.

In class, the students were so eager to have a native English teacher; they were filled with curiosity and excitement; they’d often come to see me during breaks to show me a funny YouTube video. Did I understand a lot of it? No, not really, but I certainly enjoyed being appreciated.

On the other end of the spectrum, I was lucky enough to meet my friend, Courtney; a girl from England that has now lived in Yeongam for four years; she essentially taught me how to survive in a town where I felt so out of place. I deffffffinitely would’ve left early if it weren’t for her.

And when I saw I would’ve left early, I can’t point to one “smoking gun”… I was in South Korea in the middle of a pandemic, and I really started to feel the hazards of isolation. When I did go out, there was an obvious stigma associated with foreigners, which just raised the levels of xenophobia.

I remember in late April, there was a cluster of new outbreaks that came from Itaewon – a popular district in Seoul known as the “foreigner district” which is famous for its nightclubs.

Once that happened, it seemed like there was a witch hunt; schools were called, and people kept saying they heard their English teacher was in Seoul that weekend so English teachers kept getting tested at the school’s request. South Korea was definitely proactive about slowing Covid, but despite the outbreak being linked to Korean citizens, many often blamed foreigners.

Naturally, I was scared to go anywhere as people were following the English teachers’ whereabouts… I remember going to the grocery store with a friend and everyone that knew us gave us these penetrating stares; we quickly left because we were so uncomfortable.

I know it was paralleled in the states as well, as I’ve heard many similar stories, which makes sense, as we were (are) in unprecedented times.

Fear seems to bring out the tribalism in people, which is a form of survival that isn’t unique to one ethnicity or nation. I kept reminding myself that if I could get through all these challenges, I could overcome anything.  I kept reframing my daily experiences, really focusing on my thoughts and making choices that made me feel safe.

From my perspective, you don’t truly know yourself until you’re put in a situation that humbles you; living in a different country with different languages, customs, laws, and beliefs will do that for you no matter how mentally strong, smart, or confident you are.

It’s almost like re-living childhood, where everything is a new occurrence, where you don’t understand the nuances of anything around you, and mistakes are made constantly.  But I’m so grateful to be part of the human experience, allowing myself to sit in my uncomfortability and grow by learning about the many different ways people live all over the world.

So, if you have any aspirations to discover different parts of this earth, I would urge you to follow that; I would also implore you to do your research on culture, customs, and some basic words and phrases.  Other than that, you’re going in as a five-year-old… okay, maybe six… seeing a new world you know close to nothing about.

A whole new world. A dazzling place I never knew.

I wish the rest of the song was applicable, but they [her and Aladdin] talk about shooting stars and diamond skies, which I’d replace with foreign bars and island guys.

Either way, there’s a great big world out there, full of interesting people living lives vastly different than you – go explore!