Have You or a Loved One Suffered from Substance Abuse / Addiction? 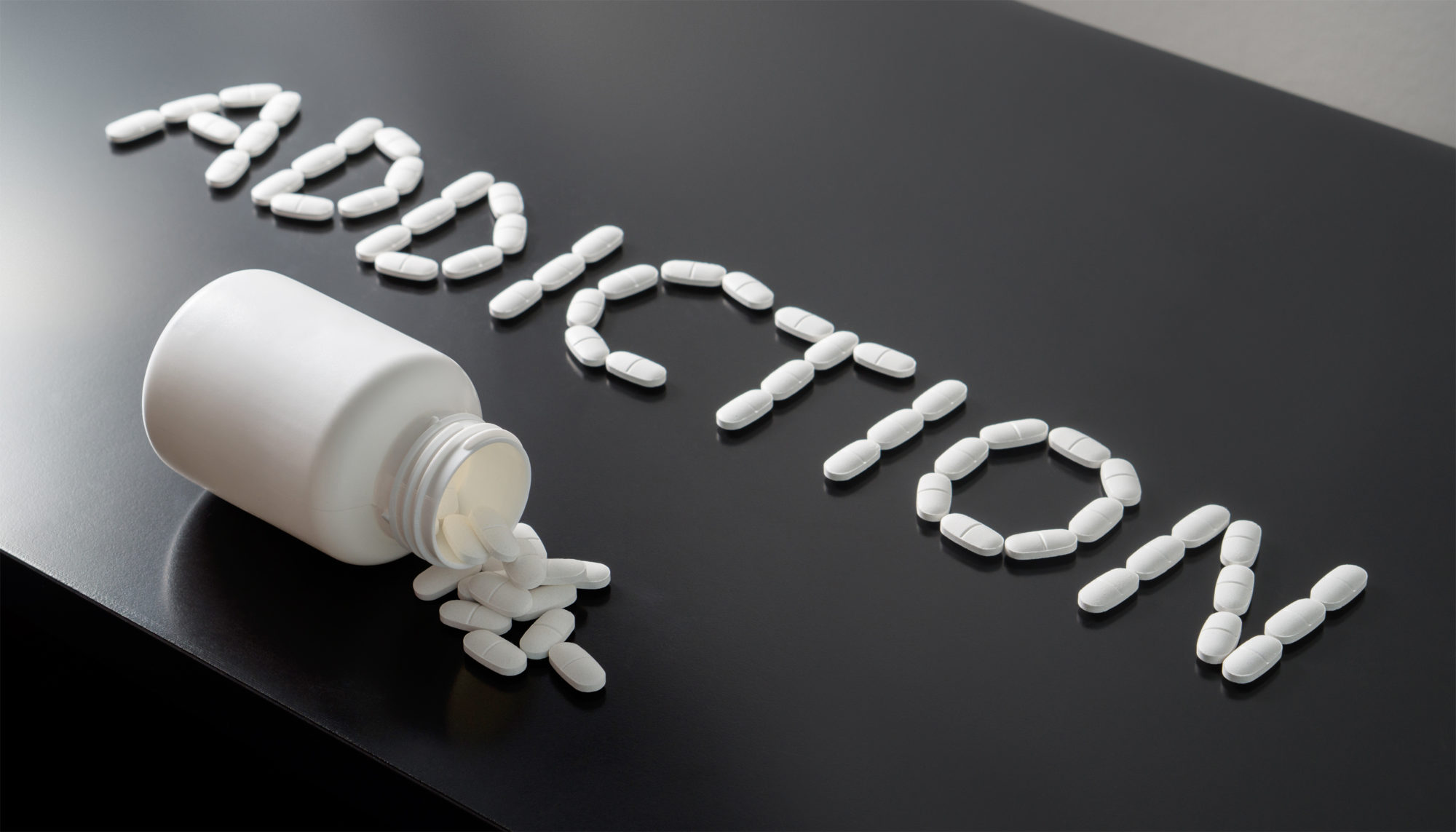 On to blog post number three, which I’m beyond excited about. I think I said I was super excited to write the last one, which was true, but I don’t want to get repetitive already, so let me thesaurus ‘excited’ real quick… ok, the first word that came up was ‘agitated’ and that’s obviously not right; ‘aroused’… mmm, no, still not quite right – let’s go with enthusiastic. I posted a question (yes, still on Instagram) asking how many people had experienced substance abuse / addiction issues, either themselves or watched a loved one go through it. Well, results showed 75% have, and I can tell you, one of those ‘yesses’ was from me, and while I’m not going to delve into my story just yet, I thought I’d turn the “mic” over to someone many of the readers may know and love.

As I write this, I’m wanting to build up suspense as to who this person is, but there’s no way I don’t tag her once I’m ready to publish the blog, so I’m sure you’re already aware I’m talking about Miss Piper Stoeckel. Piper and I grew up dancing together, traveling to competitions, getting gold medals (though her solos always did better than mine); we carried our skills to the pom squad in high school, where we remained close friends – we wrote notes back and forth on the reg; probably more notes than Noah wrote to Allie in The Notebook… have you guys watched Ryan Gosling’s appearances on Ellen? If not, open up a new tab, type it into YouTube, then come back to this, because it’s going to get REAL.

Although it would be so easy for me to take a walk down memory lane (she once cut my bangs so short I looked like… someone with really short bangs?), that’s not the content you’re here for… I guess it’ll be in my 366th letter to Piper directly. Please note, this blog will be a slightly longer read, but after going through it, I felt it imperative to keep everything in; I’m sure you’ll agree. And with that, please sit back, grab some popcorn, or gluten free / dairy free almond crackers, and hear her story that I’m so honored she decided to share.

My circumstances did not set me up for addiction. I grew up in Prescott, Arizona and had a wonderful, supportive family; my childhood memories are fond. After a three month stay in treatment, many years of counseling and several stays in hospital stabilization units, I can say life changed for me around age 12. In 7th grade, I started traveling to Phoenix three times a week for dance. By that time, I had already won the title of Petite Miss Dance of Arizona and skipped a few months of 6th grade to dance the lead role of Clara in Arizona Ballet’s Nutcracker. At a crucial age, I was removed from my Prescott friends and adapted to living two lives. I was never pushed by my parents but I understood hard work earned trophies and recognition and I became my harshest critic.

I traveled to Phoenix for 8 years and by my senior year of high school, I had won every state title and received a scholarship and acceptance to University of Arizona’s prestigious dance program, which at the time was ranked 2nd behind Juilliard. I started to adapt the mentality of, “what next?” and continued to expect perfection out of myself. Life took at turn in 2010 when my longtime high school boyfriend died of an overdose. I had never lost anyone. I did not know how to process or cope with his death — so I didn’t. I continued on. Throughout my time at the U of A, I remained focus on dance and my journalism major, maintained A’s but started to experience a “disconnect.” I felt disassociated and started to battle depression and anxiety. Prior to my senior year, I partied “like a lady,” as the Alcoholics Anonymous program would call it. I went out on the weekends and alcohol never got in the way of my school or dance.

Halfway through my senior year, I was recruited to participate in the Miss Tucson pageant through the Miss America Organization. Another opportunity to perform and win — I was in! After I won Miss Tucson, I chose to take a semester off to prepare for Miss Arizona. Looking back, this is one decision I regret. It isolated me from my friends right before they graduated and stopped the momentum I built with my Broadcast Journalism dreams. I took the semester off, worked out until I was too skinny, tried to become something I thought the judges would like and ended up winning the title of Miss Arizona. Miss Arizona provided me with priceless opportunities — from working with Children’s Miracle Network to speaking in front of 60,000 fans at University of Arizona football games. I will never regret my time as Miss Arizona but I will always know it’s when my world started to spiral. Before I knew who I was, I stepped into a critical and judgmental world with no pageant experience. Just about every appearance required the utmost personality, high heels, a crown and the ability to say everything right when asked. But at the end of the day, I was alone, exhausted and per usual, too hard on myself. I found a blog online that talked about all of the Miss America contestants, which often and clearly stated I had no chance at winning and, my favorite, I “look like a horse.” During what should have been the best year of my life, with a taste of being a celebrity, I was horribly depressed and could not take anymore pressure.

Reality set in after I crowned the next Miss Arizona and went back to the U of A to finish my final semester of school. I didn’t have a crown to put on or another competition coming up to win — I felt lost and found comfort in alcohol, then prescription pills. After sharing my story a few months ago, my Dr. said “you’ve lived in a virtual reality,” and I’d have to agree. While Miss Arizona, I met an older man who did everything he could to keep the “beauty queen” alive so after the crown came off I still continued to try to fulfill an unknown role.

For the next five years, my depression worsened, along with my desire to feel any way but present. I recently heard a speaker relate life to MapQuest, saying God has the right path set for us and we choose to take side roads based on our own self-will. That is a perfect way to describe 2013-2018. I didn’t feel I walked in my true shoes, lost track of God and fell into the horrible disease of addiction. For those who have fought similar battles, you know what that life entails. I lost just about everything. A home, a marriage, a promising job, lost the trust of my family and any desire to live. I did not think I could take anymore and thought I’d never be able to escape the darkness I lived in. In December of 2017, I unsuccessfully attempted suicide. I had a short stint of sobriety after that but the disease snuck back in, telling me I was not an addict. This is when the real rock bottom began. I had no will to go on, no energy to re-attempt suicide and went back to drinking, taking pills and smoking marijuana. I can hardly think of the second half of 2018 without crying. I was so sick and would not accept any help. I even tried running away to New York City, where my father later found me to bring me home.

It wasn’t until Mother’s Day of this year that I had enough, I knew this disease was going to kill me. I lost a dear family friend the night before and used the event as an excuse to drink and use excessively through the night. The next morning my sweet and patient, heartbroken mom asked me if there was anything I had to say when she could smell alcohol on my breath. I finally said, “I need help.”

The next day I drove back to my hometown of Prescott to enter into a treatment program, which has become the best decision I’ve ever made. I still get the chills when I think of the first morning when I woke up in my new treatment house — I looked out at Thumb Butte and felt the most peace I’d had in a decade. I was home and safe and no longer going to have to live in pain.

Now, at almost 5 months sober, I work at a treatment center and get to share my experience, strength and hope with other women going through exactly what I did. I have genuine happiness and a lust for life I never thought I’d have. I’ve been saved by my loyal family, the fellowship of Alcohol and Narcotics Anonymous and a very loving GOD.

As painful and impossible this road has been, I would do it all again to get where I am today.

I’d like to end this by again thanking my friend for sharing such intimate details; the purpose of this blog is to stay curious, and hopefully make you think – better yet, take something away from the series of letters put together on the screen, whether it’s lighthearted or something extremely serious.

I appreciate you for taking the time to stop what you were doing to read through, and I’m also going to stop typing now because I’m pressing my luck.