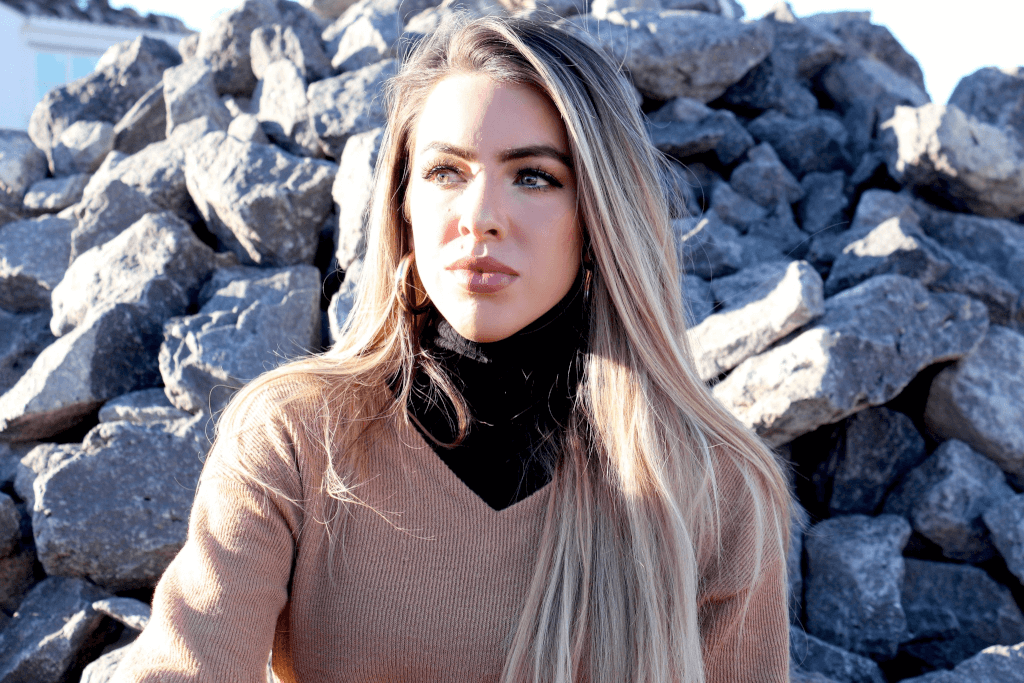 You know that feeling, when the bottom of your stomach starts to gurgle and somersault? When your armpits and hands start to sweat? Somehow, your entire face seems to be ten degrees warmer than the rest of your body. Then, once you really recognize your fear, your thoughts start swirling and creating new narratives to compound the idea that you’re in danger.

Yesterday, I sat in the OBGYN’s office, listening to a Chicks In The Office podcast interview with Bachelor Peter, or Pilot Pete as he would prefer; I was trying to distract myself from the thought of giving blood. To be transparent, the last time I’d been faced with this necessity was maybe seven years ago, when I went to the hospital and three nurses had to hold me down; it was like my body wasn’t my own – I was thrashing my limbs and contracting my torso back and forth like a fish out of water, while hot tears seemed to flood out of my eyes. Dramatic? Oh, yes, certainly… I would never claim otherwise. But, really what I find odd is that I can’t pinpoint an event that would cause such an unwanted bodily response. I can, however, make up about a thousand stories that would’ve triggered this from a past life.

Despite the reason, there I sat, at the edge of the padded bench, lined with thin, white paper. I could feel my entire body start to perspire and my eyes glaze over while I watched a woman roll a silver cart into the room; it was filled with tubes and hoses… even as I type this now, I can feel my heart rate spike. I tried making jokes to the doctor and assistant, then told them I would be looking away and watching something on my phone in an attempt to avoid this horrible reality. They simply nodded and wiped my arm down with an antibacterial swab. I tilted my head up and away as I watched the Taylor Swift trailer in my left hand, squeezing my phone as if I were trying to break it. My brain kept thinking of worst-case scenarios, though; I wasn’t distracted at all. What if the needle hit a nerve in my arm that paralyzed me? What if the vain started spurting blood and couldn’t be contained? What if my arm went numb and would never be the same?

This leads me to the power of our mind. My friend Tara wrote to me as soon as she saw this week’s topic and reminded me that fear often attracts more fear; that our thoughts create our reality and many times, when we live with a fear-based mindset, we manifest situations that “prove” what has been circling in our brain. Amen, sister.

So now everyone go crazy – go swim with the sharks without any care in the world, go run the marathon untrained, go into an unfamiliar crowded bar alone without your cell phone or any pepper spray… NO.

Obviously we have fear hard-wired into us for a reason. There are some things we should absolutely stay away from; fear is there to protect us. I mean, how many times did our parents have to yell, “Get down from there! You’re gonna hurt yourself!”? About a zillion, I’m sure. So, as we grew up, we became more susceptible to fear.

Outside of avoiding climbing a large tree or jumping off my roof onto a trampoline, my spidey senses have been triggered a number of times as an adult, telling me I’m unsafe in a certain situation, or that someone may not have the best intentions. I think about the hitchhiker (Steven Hicks) that Jeffrey Dahmer picked up, who would become his first murder victim… at what point did Hicks recognize there was something off with Dahmer? Was he a more trusting person, in general? From what I’ve seen from human nature (and according to Malcom Gladwell’s new book), we do tend to believe people are who they say, until enough evidence proves otherwise. Obviously, the two of them must’ve been enjoying each others’ company, as they drank together for hours before Hicks said he needed to leave to get to the concert in Lockwood Corners. And when did Dahmer know he wouldn’t be letting his victim leave? Right when he picked him up? Once they started drinking together? Or not until the very end, when he picked up the dumbbell and smashed it atop Hicks’ head?

I also wonder how much hitchhiking has diminished solely because of Jeffrey Dahmer.

On a lighter note, I posed a question on social media, asking people to tell me their greatest irrational fears; here are a few that came back.

How did these fears come about? Well, I asked a friend about their fear of ants, because while I wouldn’t want ants in bed with me, I certainly don’t see them on the ground outside and start panicking like the world is about to end… they’re a normal part of life… hence, irrational. He told me he was young – maybe eight; he was outside with a group of people – we’ll say at a picnic. Everyone was sprawled out on blankets or towels, enjoying the hot summer day. He reached over for the Sprite that would surely quench his thirst and after the second gulp yielded a sludgy consistency, he looked down at the can and realized he’d just swallowed a colony of ants. I felt my body shiver as he told me the story, wondering if I’ll ever be able to look at ants the same… or a can of Sprite. All this to say, he had an experience that changed his perception and built a narrative in his head that ants are the thing to be scared of.

What happens, though, when our fears become debilitating? When the fear of public speaking means your voice won’t be heard? When the fear of rejection overpowers the dream to express yourself or allow others to see who you really are?

I don’t like subscribing anything to readers, so I’ll allow each of you to answer that question for yourself. For me, though, when I can sense I’m fearful or wary of something that won’t actually hurt me, at first, I can recognize that my mind will start to build out stories to validate my fear…

*My Mind* Yeah, Devon, if you start public speaking, you may stumble on your words, which will make you look like an idiot and people will write you off as a fraud, or incompetent, forever tarnishing your reputation. Yeah, Devon, what right do you have to reach out to people and ask them to talk with you? You only have 350 followers on Instagram. Yeah, Devon, if you wear those shorts, people are going to see that your thighs are bigger than your friends’ and then you’ll be exiled and no one will want to talk to you.

After I’m done creating a terrifying scenario, usually, I can zoom out and recognize the fear and push through, because really that’s what creates our magnetic relationship with the universe, right? Communicating that you value yourself enough to push past your fears. And I always find that I’m rewarded more than I could ever expect. Seriously, try it… go do something you’re scared of, or have been putting off and see what comes your way within the week.

I mean, obviously don’t kill anyone during that span, otherwise I think that’ll cancel out any benefits (just ask J. Dahmer), but do the thing. And if you need a push, send me a message. I only cost $50 a word.