Come On, Boys, Let’s Go On A Journey 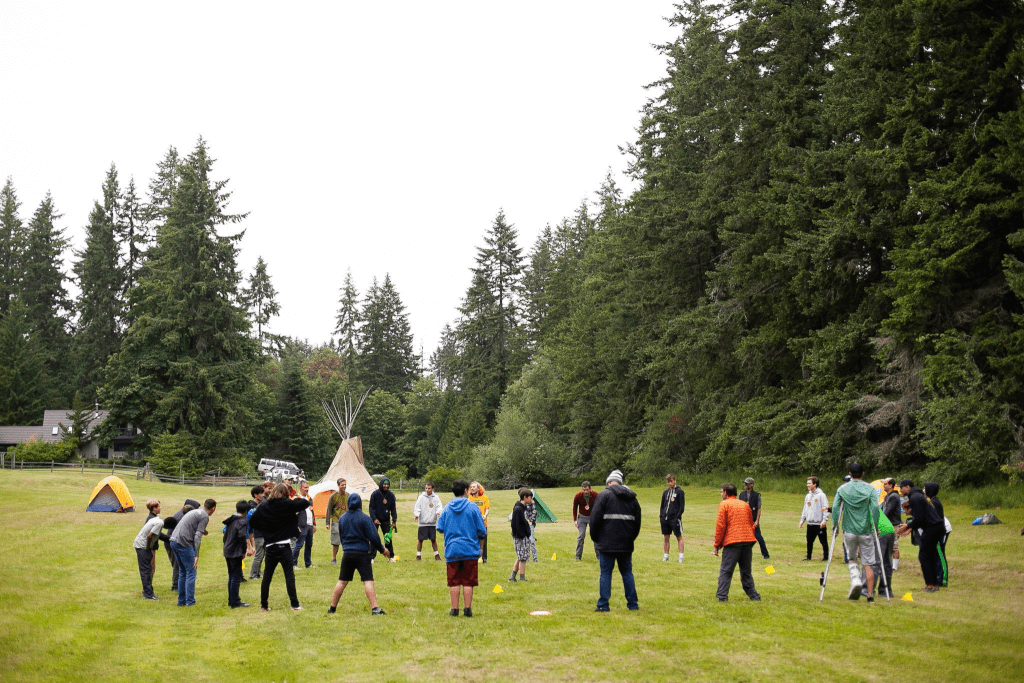 I’m beyond honored to have connected with a company that is redefining what it means to be a man. This is my first post from someone I didn’t personally know, and I couldn’t be more pleased and inspired. Ladies – forward this on to your man, and for those of you raising boys, this is such a gift. Let’s do this.

My name is Nicky Wilks, and I am 31 years old. I was welcomed into this world from my bedroom, in my first home here on Vashon Island, WA. Though not unheard of, my experience being born, raised, and now professionally engaged in my small, rural town is something that continues to provide rich meaning for me.

When I was growing up, my mom used to tell me some pretty weird stuff. Things like, “If you say money, money, money as a shooting star streaks across the sky, you’ll wake up rich!”, or, “I brought you into this world so I get to…[insert inappropriate, slightly sarcastic example here]”.

She also seemed to carry with her, a collection of old sayings and idioms, which would have better died with our ancestors, but somehow carried through the generations, continuing to perpetuate toxic behavior patterns. Trauma, in other words. One example I remember vividly, when she got caught lying in front of me, involved her defining a “white lie”. That moment set in motion much of my adolescence.

My mom was (and still is) an epic deal-hunter. In this memory, she was second to make claim to an antique kitchenette being sold at an estate sale. Oddly, it seemed (to me) to be almost identical to the one we already had at home, but she wanted this one. And she was steadfast with her wants. The twist? Her boss was first in line, and he ended up making the purchase.

I watched her manipulative mind kick into gear as she offered to drop it off for him when she picked up her other estate items with our truck later in the day. One quick pitstop at home to swap it out with her (apparently slightly less desirable) unit, and together we drove to their house to complete this courtesy act. I was nervous, but excited.

When we arrived, her boss’s wife immediately noticed the difference and called it out. “This isn’t the one we bought”. And then I watched her contort her body and mind to squeeze out of the hole. I know now that it was gas-lighting. It was mental gymnastics. It was horrible role modeling, but it stuck with me.

However, this piece isn’t about criticizing my mom. I’m (finally) at peace with that part of my life. I would much rather focus on her gifts, what she was able to overcome in support of me and my sister, and how this pattern continues to show up in my life as a teacher, youth mentor and rites of passage guide.

Scrolling through some of my Instagram feed recently, I noticed an image of the following. I laughed, because it felt so true. And as I reflected on the words, my mom’s image came up. This seemed confusing at first, probably because my wounded self wants to point out all that she didn’t know. All that she lied about. All that she was “protecting me” from, as she used to say.

Now, from my place of wholeness, I can see that she was doing the best she could, and that she did know. A lot. And though it has taken me a long time to recognize this last piece, it might be the most important: that her wisdom was something the world couldn’t really see.

In my experience, I have noticed that women in my life tend to have more unfettered access to their intuitive voice than most of the men. And in particular, if there is one channel that seems to be naturally attuned, it is a mothers’ sense of what is needed for their children. “Moms just know”, my mother would say. She was right, though I couldn’t really appreciate the truth to the phrase until I had my own children to mirror back my own shit to me.

My own journey into adulthood took me far off center, replicating many of the patterns I saw in her, and even worse, excelling in the world of performative masculinity that I was seeing as celebrated in our culture. I was athletic and traditionally handsome with a sharp tongue, imbued with essentially every element of privilege except financial wealth (relative to my peers, anyway). Fearing rejection in all forms, I stayed in my comfort zone and engaged in activities where I could enjoy a high rate of success. Namely, school, sports, and validation of my self worth through sexuality.

Eventually my recklessness played its course, and I found myself sitting with the reality of becoming a father after my partner of a few months shared that she was pregnant. At the time we felt almost completely differently about how to proceed – me leaning toward an abortion and her wanting to raise the child. Feeling entirely unprepared, afraid, and angry, I eventually called my mom. Somehow, her response scared me even more. “Honey”, she said, “If you aren’t ready, I will raise that baby. It is not going into adoption.”

Much shifted that year. Dramatic spiritual revelation through somatic cleansing, some help from medicinal plants, and deep soul-searching eventually brought me into the acceptance of my duty, and a recognition of my own wounding as a male. I committed myself to radical self improvement, tossing vices from my life like frisbees and exposing myself to the discomforts I had avoided for so long. And within that process lay the seeds for my life’s work: a recognition that I still didn’t feel like a man.

I never had a rite of passage, nor did I have a community around me who could truly see me, hold me accountable, and challenge me to generate a vision for the world that calls us all toward our gifts. Worse, I had 25 years of conditioning to unpeel that gave me a toxic, boring image of what a man ought to be, and how I could get there. And finally, with a son peering back into my eyes, I wanted to do something about it.

When we founded the company, almost four years ago, we imagined how excited men would be to drop into this work with and/or for their sons. We created messaging directed to men, invited dads to events, and spent time and energy networking in various men’s work orgs. However, we quickly noticed how little traction we were getting for enrolling youth in our programs.

Eventually, we started taking notice of how it was typically the mothers of sons who were finding us. Who seemed to have an awareness that something was missing – something that they couldn’t provide. Dads, if present in the lives of their sons, were often still too foggy in their own masculine conditioning to either A) be acutely aware of the needs of their boy, or B) be humble enough to accept help, if offered. After all, what does it say about a man if he can’t even raise his own son?!

My answer: It says that we were never meant to do this alone, and offers a reminder of the importance of the village model and the shortcomings of the emotionally isolated, nuclear family.

Almost a decade ago someone put a book in my lap that helped me reconcile my own relationship with my mom, and better understand what was happening with our families in Journeymen. Iron John by Robert Bly takes a mythic perspective on a boy’s journey to manhood. Bly is often critiqued and/or slammed by feminists, so I preface my recommendation with an understanding of those arguments, and also a belief that there is immense wisdom in the myth itself, whether or not you resonate with Bly’s interpretations of the symbols. This is a good one to get on audiobook, if you’re that type of person. If you or someone you know has a boy approaching or in his teens who is struggling, or who simply isn’t reaching his potential, I’d love to hear from you. I’d love to know what questions are stirring in you about raising boys, about parenting teens, and about your own experiences as a young person and how they’ve shaped you. Feel free to write me nicky@journeymen.us or check out our website, https://journeymen.us, for some resources, podcast episodes, and opportunities to get involved.