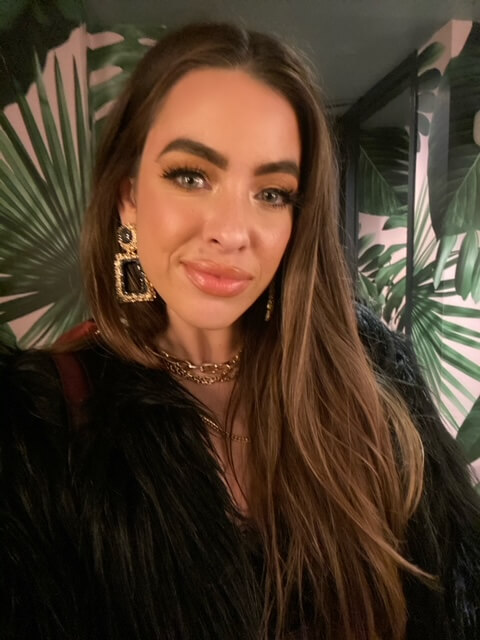 I currently have 4,195 photos on my camera roll — I love increments of five, so it genuinely brings a sense of ease over me. I’m scrolling up to January 2020 to see what the hell happened to me this year because honestly, ending it by leaving my long-term relationship has almost forced me to compartmentalize the prior 11 months.

January 1st — out with the girls to celebrate the start of the year. I also went for an interview at an acting studio that day and felt extremely intimidated, sitting and watching all the established actors walk by, but I knew this is what my heart was calling me to do.

January 2nd… hah, jokes. Can you imagine, walking through 365 days of my life with me? Went to gym, walked through vintage shop, did laundry… rivetting stuff.

Through the rest of January, I started on medical-grade skincare because I decided I’d had it with my janky-ass vitamin c oil from Sprouts, and CeraVe cleanser from Target; I went to Disney On Ice with the family (after going to the wrong arena first), and celebrated the best friend’s birthday with like 40 people (wow do I miss a party).

February = Super Bowl party at Ryan’s house, which obviously meant I dominated in flip cup (yes, I will continue playing said game each year until I’m 80, and even then…), first laser appointment with Caitlin, where my skin looked so plump I could scream, Ivory’s birthday party — honestly, I don’t think anyone’s ever made a better charcuterie board, and the backyard got done finally (huzzah).

March — one of the bestie’s announced her pregnancy, acting class is my favorite and I love everyone there infinitely, another bestie had her bridal shower (everyone’s growing up but me?), eyebrows get microbladed for the first time, hiked Camelback, and went to Leah’s secret baby shower… alright, guys, seriously?!

April — another best friend, Jordan, (don’t judge me — as Mindy Kaling said, ‘best friend’ is a tier, not a person) had a drive-through birthday, naturally; I spent Easter hiding plastic eggs with my niece all day and FaceTimed with the fam, I was offered my first paid product promotion (COVID masks #so2020), I created my first vlog for earth day, and helped my sister move into her apartment, and by helped, I mean literally pulled her couch from the ground to the second story through her sliding glass doors like a BOSS.

May — made dairy-free, sugar-free millionaire bars which have become my new favorite dessert, took way too many selfies, Haven was born(!!!), made bread and more bread (naturally), watched John Krasinski’s ‘Some Good News’ and cried a lot, filmed a self-tape… FOR ACTING CLASS — don’t make it weird, released my story about being raped, wore a weird outfit to RA for my sister’s birthday, then wore a 10/10 outfit to dinner with some friends, and got my first round of laser hair removal done.

June — received horrific news that a dear, dear friend passed away (I miss you, Dustin darlin’), went on a solo trip to Sedona to process for a few days and of course, contemplated the meaning of life, what I was doing with my life, and what I wanted my future to look like (also had some BOMB vegan cheesecake there). I reconnected with all of my amazing high school friends and told stories about Dustin. I went home and spent a night with the family, dominating at Yahtzee. Briefly misplaced a friend at the Salt River, and created a logo for my blog.

July… YOU SICK OF THIS YET? That’s fine… it’s really for me — I’m actually getting a lot of posi-vibes out of this so feel free to go back to doing laundry as I’m sure that’s more exciting for you. July — I posted Taylor Caldwell’s heart aching story of losing her brother (another amazing friend), Robert. Watched the Jeffrey Epstein documentary and recoiled into myself with all the cringe, had countless Zoom calls, met Steve Howey, launched my new website, and went to a save the children rally (with a mask, social distancing, I promise).

August — got moved up to the advanced acting class (yeeee), another laser appointment (reeeeeal red), adopted the sweetest puppy in the world that I miss more than anything (yep, now your girl’s crying)… okay, to be honest, all of August is just Azey girl — seeing an airplane for the first time, chewing on everything, learning how to bark, and just being a perfect angel.

September — said goodbye to my wife and best friend, Leah as she left me without permission to live in Washington. Celebrated a year of Coffee With A Question. Went to Colorado and didn’t skydive because of the weather (so I can still use ‘skydive’ in my never have I ever), took Azey to the dog park for the first time, and had a string of really good skin days.

October — starred in a short film (dun dun dun dun dun Bat Girl), went to dinner with my fellow actor friends, went to Prescott to celebrate my brother’s birthday, went to the pumpkin patch and got lost in the corn maze and dealt with my niece screaming in the car for 30 minutes straight, and spent way too long creating a sugar skull on my face that just turned out mediocre… also though, COVID trick or treating is where it’s at.

November — rediscovered eyeliner, took my first COVID test (hated it), witnessed history being made with the new Vice President Kamala Harris giving an empowering-ass speech (cried A LOT), dyed my hair brown, took Azey to her first training class, had a successful Friendsgiving, more face shit (PRP is where it’s at), made a chic spread for Thanksgiving (obviously), severely disliked many contestants on The Bachelorette, watched nervously to see how Azey would handle the Christmas tree.

December… oh, December. The month my whole life changed.
Went out to dinner with some of the acting crew, got in trouble for dancing standing up (sit-dancing only!), took festive af holiday photos, solidified another brand deal — with MVMT, wrote and wrote and wrote, “celebrated” my 30th birthday, had an extremely enlightening conversation with my therapist that prompted me to blow my life up, ended my nearly 8-year relationship, stayed with my sister, got drunk at The Porch and had the best night, cried at lunch with my family, stayed at my friends’ house, had a game night… got drunk again, packed up my house, drove a U-Haul and was terrified, had a chill-ass Christmas, witnessed Sara and Patrick get married without the sprinklers going off, moved into my Air BnB, started house hunting, and closed out 2020 with a hot-girl-shit outfit on NYE.

Cheers to me… and cheers to you for still being here.  Your girl’s going big time in 2021.