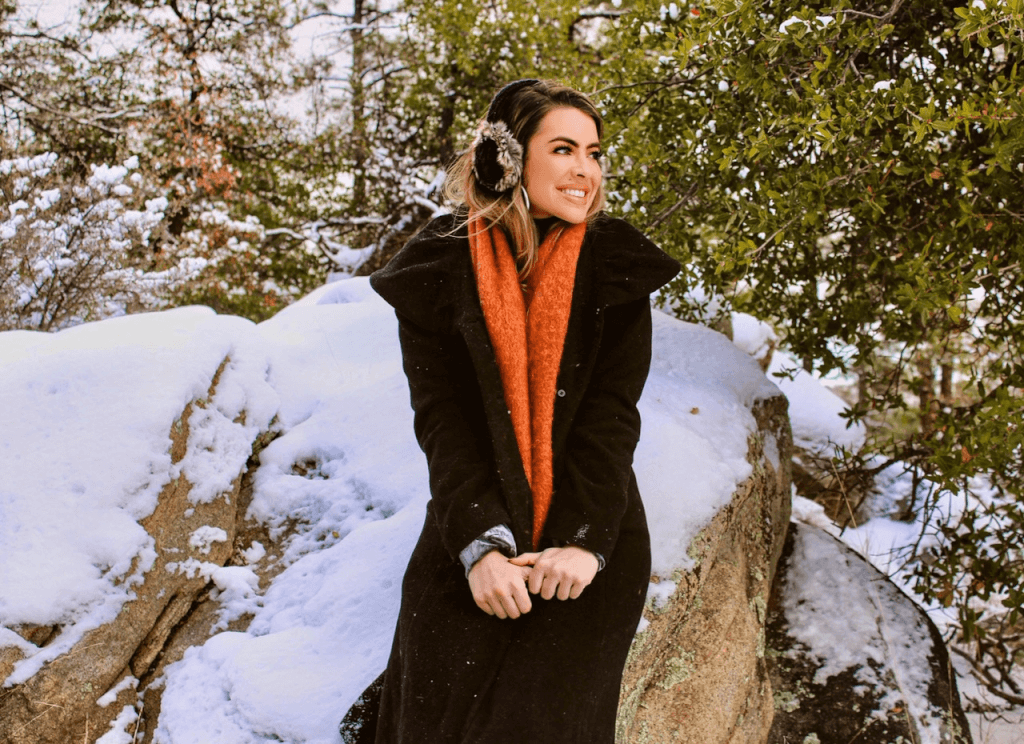 You know when you repeat a word so many times it starts to lose its meaning? Try ‘spoon’… after about the fifteenth time, my concept of ‘spoon’ becomes a blur of colors, not a utensil I use to eat my oatmeal + pomegranate seeds. That’s how I often feel when I hear, ‘just be authentic’ or ‘find your authenticity.’ It’s thrown around so casually – #followyourbliss.

And I do completely subscribe to the notion that life will be more bountiful for the person who is living authentically, it’s just that the word has lost a bit of pizazz for me and the path is not the easiest to navigate… what does my authentic self look like? When do I know I’ve fully found myself? Who am I, really?

I had pretty big plans for 2019 which included making a governmental change and writing a story. I had no idea I would find a platform to guide me into a manifestation journey, no inclination of starting a blog and writing many stories… but as I continue to evolve, I deem it essential to evaluate authenticity, to the best of my ability.

Throughout my life, I’ve felt like a fraud – even when I’ve become really good at something, I’m afraid it’ll go away. Have I always been a great speller? Yes. But there’s something inside me that still thinks it could just evaporate. We were playing Cranium recently and each time a spelling card popped up, I could feel myself sweat a little more. Even if a “hard” word was read, what’s the worst that could’ve happened? I say an ‘e’ instead of an ‘i’ and we go to the next round… woah, not sure if I can handle the devastation. I used to feel that way with dance too – I was always exceptional at side leaps, getting plenty of air, with my legs overextended… and yet, I always feared I would just lose it. I mean, I’ve almost certainly lost it now – it’s not as if I’m running across the gym practicing my side leaps, though, that would be quite special for everyone sweating on the treadmills. And even as I sit here, prodding my poorly polished fingertips down onto each key, I’m nervous I’ll suddenly have no idea what to type, losing the ability to have a voice.

But, instead of waking up in the morning and practicing self affirmations or putting a sticky note on my mirror that says ‘you’re worthy’, I’m going to make it a point to be self-aware, knowing this is something I’m prone to experiencing in hopes I can simply laugh (or at the very least, smile) next time I worry about parallel parking.

I’m overly eager in just about all aspects – it’s been an advantage many times and a detriment almost just as regularly. It’s easy to roll your eyes at the words, ‘I am eager to be the best’… it’s almost like telling an interviewer your greatest weakness is your perfectionism – such a cliche. I think the eagerness somehow ties into my fear of being a fraud though. I remember if I didn’t get 100% on my times tables, I thought I would be discovered as an idiot. I would even be eager for my therapist to like me – so much so, I found myself trying to therapize her… we got to a point where she would tell me I would make a great psychologist, and then I stopped going. To bring it to the present tense, I’m still eager – eager to write something great… profound, even, eager for outside validation when I’m feeling down, eager for that prompt text reply.

I’ve always been prone to quick frustration or anger… I was watching a couple on social media talk about what they love most about each other and the guy answered, “I love how happy she is all the time – she’s just naturally such a happy person.” I felt myself yearn for such a constant state of being, thinking about how much lighter things would be if I was more carefree. Fortunately, the universe threw me a bone shortly after, presenting me with Chelsea Handler – an expander to show me that it’s not about living in a constant state of joy, but living truthfully. Imagine all the people you’re drawn to – celebrities or otherwise – they’re likely not all bubbly and happy – they’re themselves… they’re authentic. I’ve been able to recognize this quick frustration in myself and (for the most part) simply allow a minor inconvenience to roll by, or I’ll voice my opinion if the situation warrants it. Obviously when I’m stuck in a long line at the grocery store, there isn’t a need to tell everyone I’d rather be home eating my chickpea pasta with goat cheese, but I will make a joke about how the missing cashier must be super hungover to have called out on a Sunday.

Okay… I’m now going to really flip the dynamic of this and start talking directly to myself, rather bluntly, maybe. So, feel free to stick around, or jump off and watch the new season of YOU, because it’s riveting.

Stop thinking you’re a fraud and just BE. Be a writer if you want to be a writer – no one can take that from you. If you want to go to the acting class, then go… who cares if someone has better skin or bigger boobs… you can reenact crying scenes and you feel called to do it! If you feel yourself becoming easily frustrated by traffic, realize it has nothing to do with you, take a deep breath and let the Corolla go ten under the speed limit – maybe they’re having a bad day and their head’s in the clouds.

You have everything to offer – you’re smart, capable, caring, healthy, funny (sometimes), organized, and DRIVEN… allow that drive to show you where to go. Allow everything you’re drawn to, to come in.

I’m not going to say something as regurgitated as ‘2020 will be your year’ because who really knows what the Universe has in store. But, I will say…

Watch the show without feeling guilt. Heck, binge watch it if you want to.

Then, create, because you also want to.

Sing more, even though you’re terrible at it. And keep recording it on your voice memo, listening back… just to make sure you’re still terrible.

Say ‘no’ when something is a no.

Find a larger bladder to install so you don’t have to pee three times a night.

Go to Sedona and really, really get in touch with nature.

Operate from a place of LOVE, even when the waitress brings back your food smothered with cheese.

Meditate. Go in and keep digging the shit out, because girl, you’ve still got stuff to uncover.

If it scares you, do it. Except putting together furniture… you can hire someone for that.